The Best Memes from The Bachelor’s Champagne Gate

All we have to say is Champagne Gate on The Bachelor.

Kelsey vs. Hannah Ann – which team are you?

the whole house when they hear the bottle pop #TheBachelor pic.twitter.com/n7XoobM1GH

Me: 2020 will be my year
2020: Hold my champagne #TheBachelorABC pic.twitter.com/yfgxPTu3m5

SOMEONE OPENS KELSEY’S BOTTLE AND THEN THE SECOND BOTTLE EXPLODES IN HER FACE?! I HAVE NEVER LAUGHED SO HARD FROM THIS SHOW. You can’t script this shit. THIS SHOW. #TheBachelor pic.twitter.com/6vqCIarPTU

Victoria after losing once #thebachelor pic.twitter.com/GnMAzPzjL8

The bachelor producers when they put an extra bottle of champagne out knowing that someone will mistake Kelsey’s bottle for one of the bottles the producers left and start drama #TheBachelor pic.twitter.com/b8Vgw67Z2v

everyone talking about the champagne drama but what about mykenna sitting like a damn elf on the shelf #thebachelor pic.twitter.com/v1S7bFf510

Some of you do not remember who this bitch is and it shows #TheBachelor pic.twitter.com/sJnVIIeWrh

The Bachelor Review – The Champagne Chronicles (24×02)

Who Will Be The Next ‘Bachelorette’ from Peter Weber’s Season? 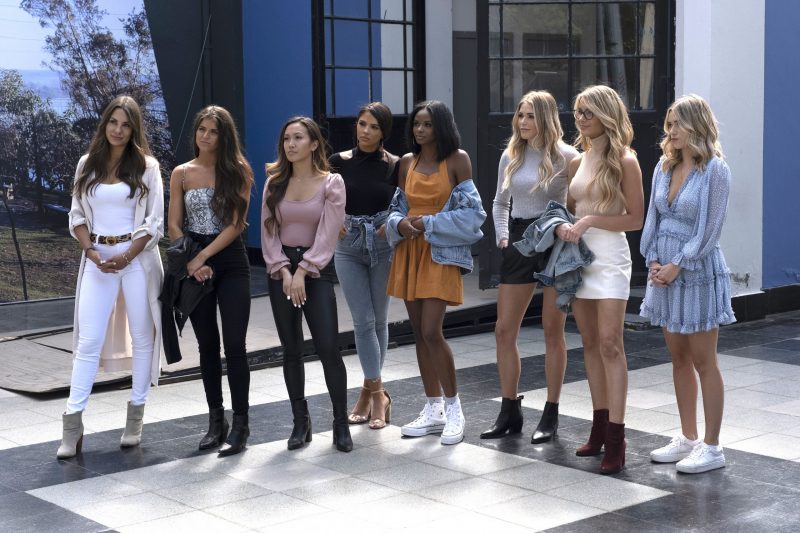 Peter Weber’s season of The Bachelor is coming to end (thank gosh, right?), which begs the most important question: Who will be the Bachelorette next season?

There have been many theories and suggestions, but let’s get one thing settled right away, if Victoria F. gets chosen, I will boycott the show. There I said it. I’m sure I’m not the only one thinking that either, I mean, she is clearly a manipulator and very toxic, but I digress, let’s get into the 5 frontrunners for next season’s leading role.

Depending on who wins this season, if anyone does considering many are speculating that Peter ends up alone, I think Hannah Anne has the best shot at being the Bachelorette. While some may argue that she is a little too young, I think she is sweet and confident and could make a great lead. She is ready for love and is willing to put herself out there to find it.

Will Ranger Rick (my dad) give Pilot Pete the axe tonight? 💥🪓 ♥️

If Hannah Anne does win Peter’s heart in the end, I think the next option would be Kelsey who was just sent packing during hometown week. As long as she stays away from champagne, I could definitely tolerate her as the Bachelorette. She does cry a little too much for my liking, but I think once the producers train her for the part, she could do it. She also does not shy away from drama, but instead feeds into it, and has a sad backstory, which Bachelor Nation loves!

Sparks are flying in Cleveland!

While she did not receive much air time this season, I would love to see Natasha as the lead. Not only is it time for another African American Bachelorette, I mean let’s be real Rachel Lindsay was the only one a few years ago, but Natasha is also over 30, mature, and knows exactly what she wants. She had some of the best facial reactions of the season and her candor and honesty is similar to Hannah B’s, which makes her a front-runner in my eyes.

At this point in my life, I just want to transfer good vibes, have peace, and SMILE. @pilot_pete I’ll cherish how you physically carried me though this process and only remember our many laughs and fun times together. Good luck to you. #thankyounext #queenariana #iknowiwill #theunderdogisstillakitty

A very unlikely fan favorite this season was Kelley, the lawyer from Chicago, and she is one of my top picks for next season! Bachelor Nation was drawn to her because of her intelligence, sarcasm, and drama-free attitude. She was unlike any other contestant this season with her level-headedness (I don’t think we saw her shed one single tear, which is VERY impressive) and her emotional maturity. Kelley refused to dumb herself down for the show and Peter’s affections, staying true to herself the entire way through. She would be the ideal candidate because she is a career-driven woman ready to settle down with a man on the same level as her.

And finally, it may be a pipe dream, but I would love to see Hannah ‘The Beast’ Brown back for a second time around! It wouldn’t be the first time considering Nick Viall has been on about 3 different seasons of the show, but I think after last year, she deserves another shot at love. While I was skeptical at first, Hannah B has been one of my all-time favorite Bachelorette’s. She is blunt, confident, and has been around the block before so she is not messing around. I would love to see her again, partially because the girls this season were not that impressive, and I just want her to be happy!

Bobby made it through our date without having another stroke. I’d say that makes this date one of my top 5 of this year. @lightsout 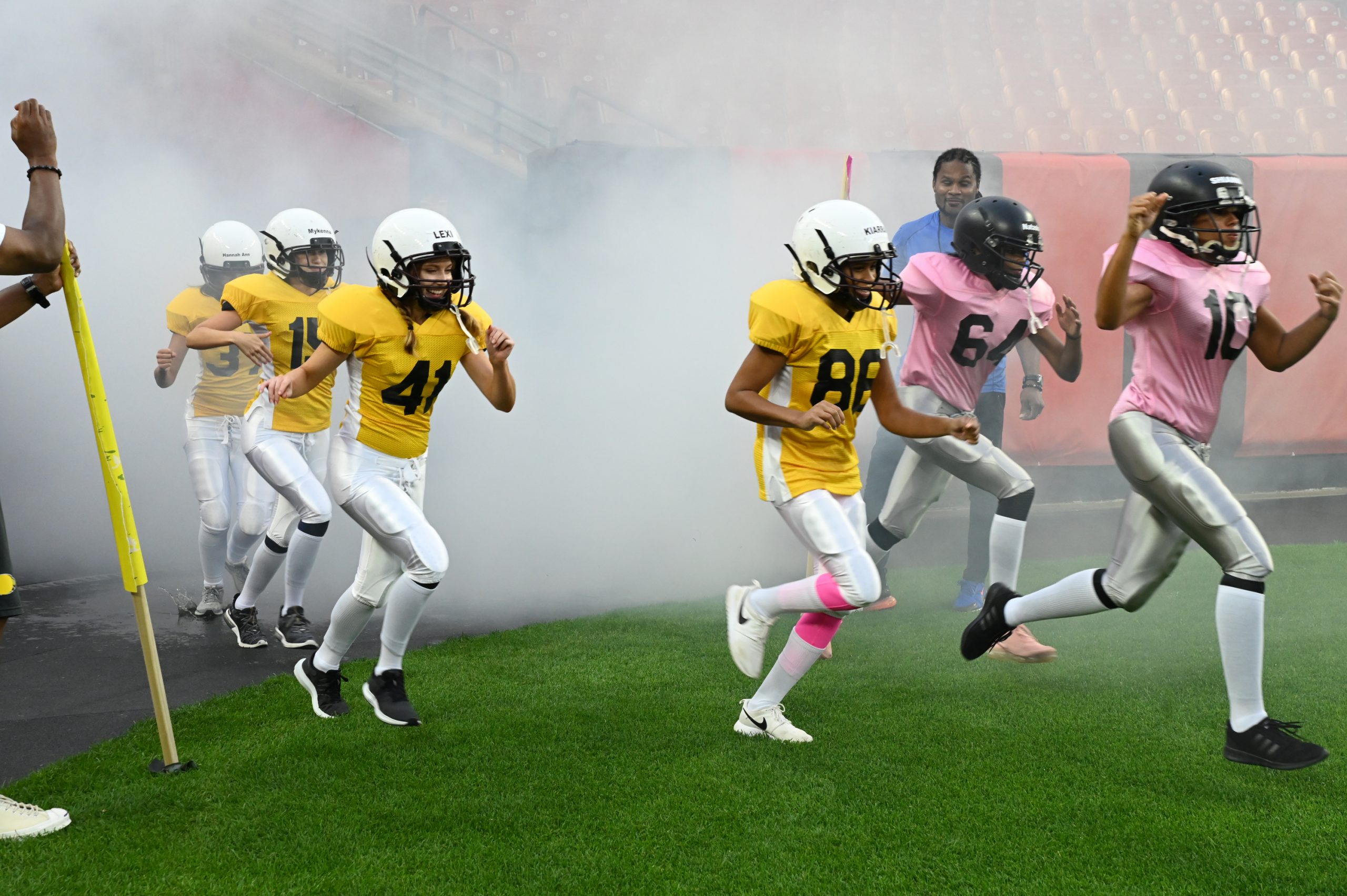 The Bachelor is headed to the Olympics… well, their version of it anyway. 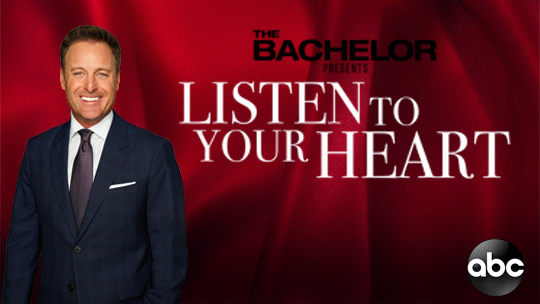 You may have been too caught up in all the Victoria F gaslighting drama during hometown dates last night to realize that ABC was attempting to push its upcoming Bachelor franchise spinoff, The Bachelor Presents: Listen To Your Heart.

The franchise has always loved to incorporate music in some shape or form — Chase Rice, anyone? — but this feels as if The Bachelor producers ran out of ideas and took advice from Jedd Wyatt on what to do in between seasons of The Bachelor, The Bachelorette, and BIP.

The gist of the plot finds 20 single men and women living under one roof and not only trying to find love but also a singing career.

Will they make the perfect duet? 🎶🌹 Find out when The Bachelor Presents: #ListentoYourHeart premieres April 13. pic.twitter.com/yiB9o5VvGl

In short, there’s going to be a lot of competition, a lot of egos, a lot of crying, and a lot of drama (check out the rockstar guitar smash in the promo)!

If you had to describe the show to your friends or your mom, your best bet would be to say it’s a dating competition that’s also a singing competition a la American Idol or Making the Band. It’s possible Diddy will sign on simply for old-time’s sake… okay, fine, that’s what we wanted to happen.

It’s something, alright. The last-standing couple is about to sign a marriage license and a recording contract in the same breath.

Related: The Best ‘The Bachelor’ Memes and Tweets From This Week’s Hometowns

On a serious note, ABC’s press release says that these passionate singles will go on Bachelor-style dates that focus on their shared love of music, there will be musical challenges, and best of all, there will be live performances judged by “the biggest names in the music business,” which apparently boils down to Jojo Fletcher and Jordan Rodgers (how did they not bring Jedd Wyatt for this?!).

Most of the comments on the Twitter post promoting the spinoff are negative, but even if it doesn’t hit all the right notes (okay, I made myself laugh there), there’s no doubt in my mind Bachelor Nation will press play on this bad boy.

Cue Roxette’s “Listen to Your Heart.”

The spinoff will premiere on April 13 on ABC.