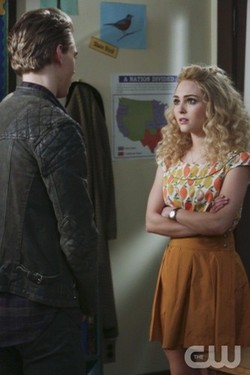 The Carrie Diaries- Will There Be A Season Two?

What’s in store for The Carrie Diaries. The first season came to an end on April 8 and the question remains, will the show see a season 2? 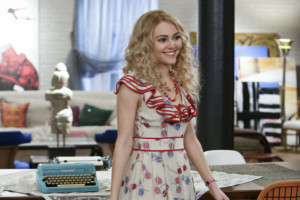 According to TVbythenumbers.com the season finale of The Carrie Diaries got a rating of 0.4, up from last week’s 0.3. That’s about 1.07 million, which isn’t too bad for a CW show.

While fans wait in anticipation, executive producer Amy Harris see’s hope for a season 2, already giving some sneak peaks and dropping subtle hints on what toe expect. Although the show might not have the best rating they are coming in at number 2 in streaming results. Harris hopes that the CW will recognize that streaming ratings will be very important for the channel shortly. “I’ve got my finger crossed, I’m feeling good,” she told Hollywood Life.

The Carrie Diaries Casts an 80’s version of Samantha Jones! 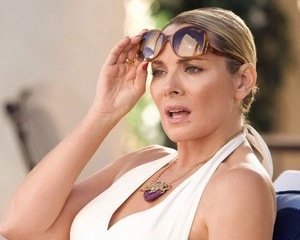 Despite the poor reviews for the Sex and the City prequel, The Carrie Diaries, the second season is going in stronger than ever with a fierce new cast member.

Up till now we have only met the young version of Carrie Bradshaw. But what about the other three girls we’ve all learned to love?? Cue in Lindsay Gort as the 80’s version of Samantha Jones. (Sidenote: Could they have casted her better. She is like a wax replica of Samantha originally played by Kim Catrall.)

Sam Jones is better known as Carrie’s bff, the most outspoken, witty and well, promiscuous one at that, which leaves us all very intrigued as to how Gort will prepare for the role. (wink, wink.)

“Lindsey Gort walked into the room and owned the part. Funny and sexy with a whiff of vulnerability and an amazing dash of outrageousness, Lindsey is our exciting choice to play the young Samantha Jones,” said executive producer Amy B. Harris.

Gort revealed her excitement in a tweet to Catrall, “@kimcattrall, thank you so much! what fabulous, amazingly sexy shoes to fill xoxo.”

Catrall responded, “@LindseyGort So happy u’re playing Fearless Sam! The key 2 her is her heart. She never judges those she loves. Have a blast! Kimx.”

CW president recently admitted his shock to the poor ratings of The Carrie Diaries. “I’m not sure why [‘Carrie Diaries’] didn’t get the ratings we had hoped for,” Pedowitz said.

Despite the CW being one of the lowest watched networks, Pedowitz is confident in this years fall lineup, which he says is the strongest it has been in several years. He also sets his hopes on the new show, Reign, a 16th-century drama about Mary Queen of Scots.

“It’s high-concept and very different for us,” Pedowitz said, hoping it will broaden the network’s audience of young women.

As if Ian Somerhalder wasn’t already broadening that audience!
.

Among the shows returning are The Vampire Diaries (obviously), Arrow, Beauty and the Beast, Heart of Dixie, Supernatural and The Carrie Diaries (which is being moved to Friday nights).

Also joining the CW are two other Julie Plec shows, The Originals and The Tomorrow People. Reign will also be joining the lineup on Thursday nights, following TVD.

Nikita will be ending after six episodes, but is not on the schedule thus far. Two new comer shows, The 100 and Star Crossed are set to debut mid-season.

Check out the previews below.


AND OF COURSE THE FALL PREVIEW SIZZLE

Are you excited for what THE CW has coming??!??! Let us know what you think!