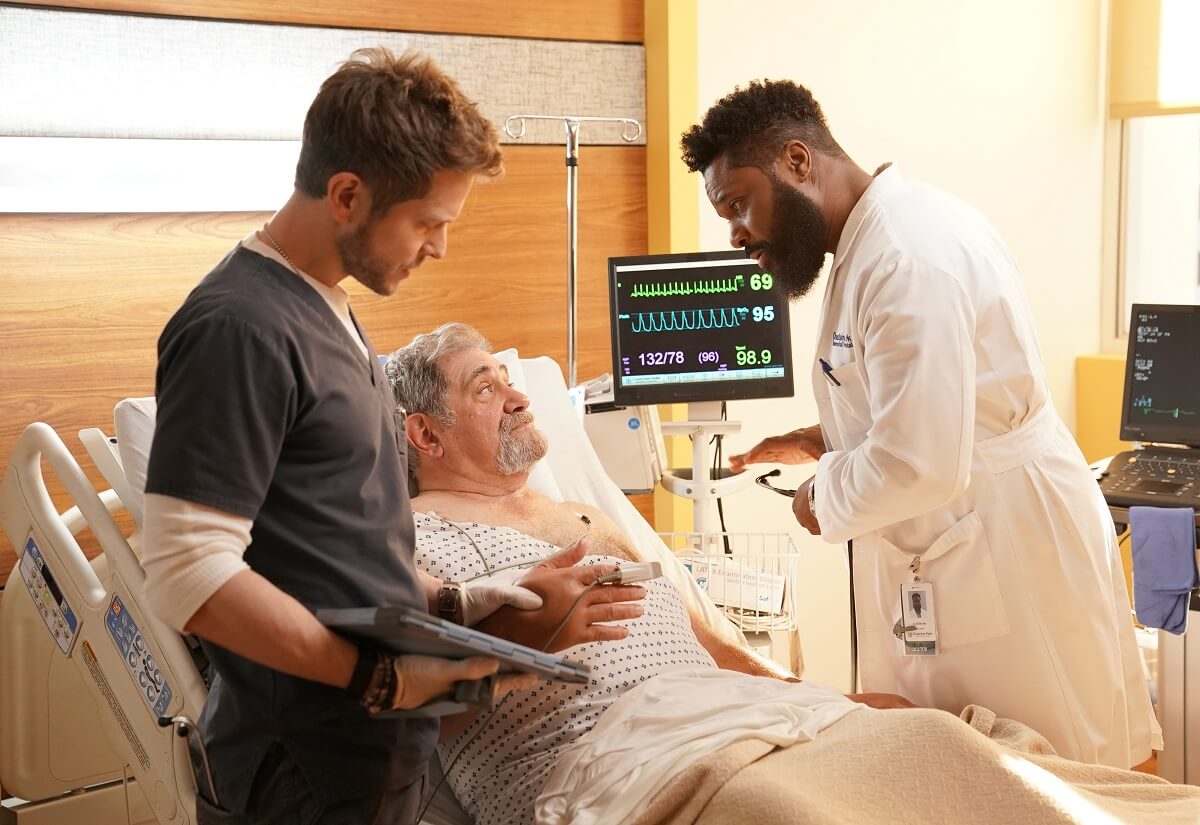 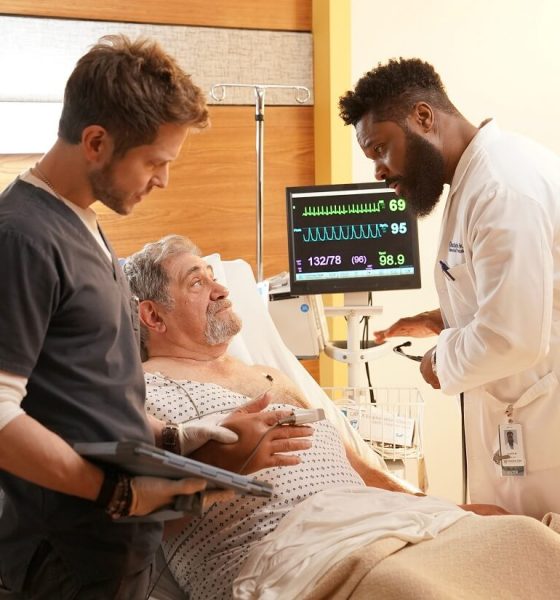 Well, Gordon Page is a pain in everyone’s side, isn’t he?

I don’t think I’ve ever despised someone as much as I despise him. Page will do anything to make his money including knowingly killing and hurting patients.

Sadly, the same can be said for Marshall Winthrop.

Do you know how we all believed that maybe Marshall had turned over a new leaf after his near brush with death and reconciliation with Conrad? We were wrong.

Winthrop successfully stopped Page’s VNS from going public by convincing the military that his products were shipped from China, but he then turned around and tried to make a deal with Page that would make them both a lot of money.

Winthrop saw just how dangerous the defective VNS was, saw how upset Conrad was because it put Henry’s life at risk, and he still put business first.

My jaw was on the floor.

At this point, everyone has become a target for Page.

Zoey was Chastain’s only hope and bringing light to Page’s defective device and even she managed to be bought out.

This twist really upset me because Zoey trusted the man and the company that almost killed her child.

Page should never be trusted, and though his offer was appealing, Zoey’s main goal should have been to spread awareness so that other parents didn’t go through the same thing.

Instead, she allowed herself to be silenced by a man who has gone back on his word multiple times and cannot be trusted.

If Marshall buys out Quo Vadis, Page won’t honor the promise he made her and she will have lost the only chance at going public.

Then, of course, there’s Abe who seemingly knew about Page’s defective valves but refused to talk unless it was with AJ.

It’s a shame Mina and Pravesh couldn’t reach him in time because his meetup with Page afterward was eerily similar to Julian’s just before they ran her off the road. It was nice knowing ya, Abe.

Aside from the hoopla surrounding Page, Bell treated a colleague, Simon, a man he’s known since his residency.

His prognosis was bleak but as a gambler, he decided to have the risky surgery and hopefully “beat the odds.”

Sadly, he didn’t, and the scene with Bell cleaning up the operation room with such care was a beautiful sendoff to Simon.

He did him proud, even if he couldn’t save his life.

This season has unearthed a more complex Bell; he’s no longer a one-dimensional bad guy. Bell gets along with his co-workers despite the few spats with Conrad, he cares about patients, and he’s back to doing surgery and being good at it.

His dynamic with Simon and the way he cared about him even after his death humanized Bell and made him a more likable character.

Nic was split between Chastain and her clinic with Alec as she helped one of his patients from back home with a gallbladder issue.

But really, we’re all laser-focused on the fact that Alec made a move on Nic despite knowing she’s with Conrad.

Nic handled it professionally, but things are never going to be the same between them.

Alec isn’t wrong about the chemistry between them, but is it enough to jeopardize what she has with Conrad? Would she even want too?

I just hope Alec respects her and her relationship enough not to go in for a kiss.

I wouldn’t be opposed to the two of them as a couple, but my heart beats for Conrad and that will never change!

What did you think about this week’s The Resident?

Did Marshall make you proud only to dissapoint you in the same scene? Is Nic going to fall for Alec? Is anyone going to take Page down?