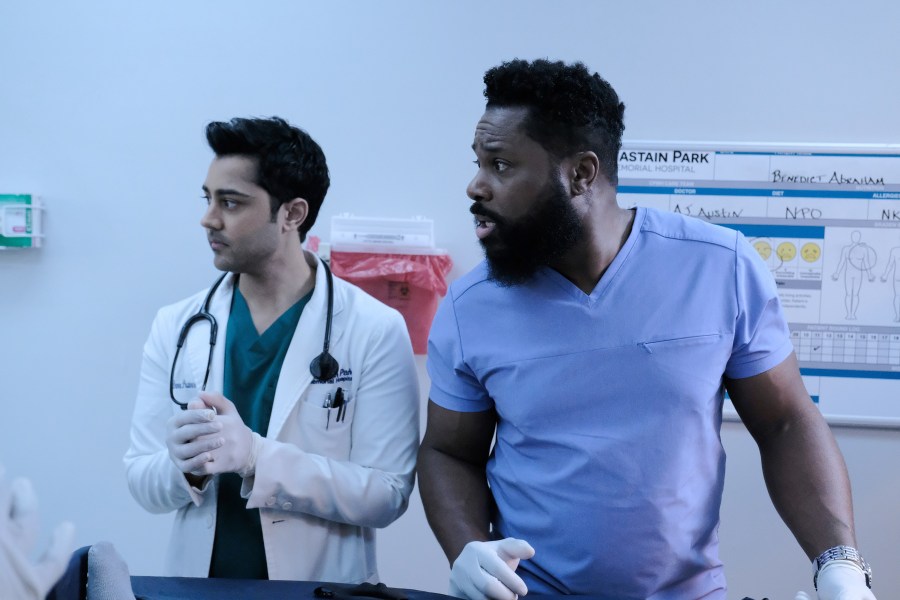 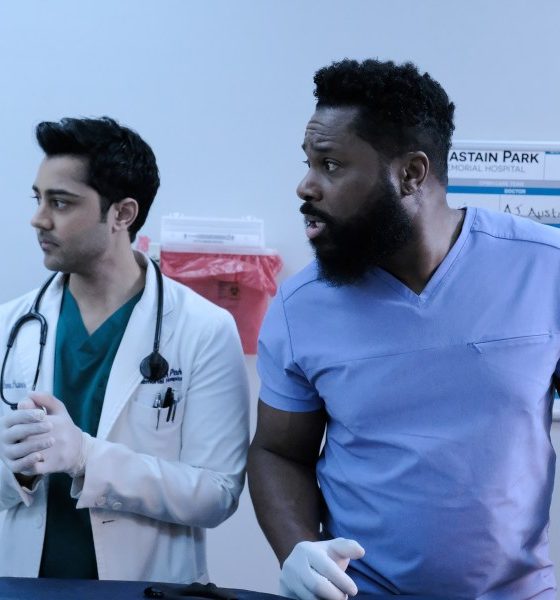 Mission save Dr. Abe Benedict and destroy Gordon Page was in full swing on The Resident.

And Chastain’s finest succeeded in accomplishing both!

FOX needs to stop snoozing on this show, get with the program and renew it for a third season because it’ll be a shame if they flatline while delivering some of the best and well-rounded storylines on television.

I’ll go on record and tell anyone and everyone that The Resident is straight up good TV.

For much of season 2, it seemed like Gordon Page was untouchable and indestructible, but his day of reckoning eventually came.

And damn, it was satisfying.

Gordon Page finally met his match in Marshall Winthrop, who risked everything to bring him down.

I have to say, there was a moment where I thought that Winthrop was going to align with Gordon Page despite knowing that his devices were defective.

I’m so happy that wasn’t the case and that fooling Page was all part of Winthrop’s elaborate plan concocted alongside Conrad.

These two have come so far. Conrad genuinely cares and worries about his father.

The whole moment screamed ‘Gordon Page is trying to tie up loose ends.’

Even AJ knew that his friend and mentor would never try to kill himself nor would he, a renowned heart surgeon, miss his actual heart.

Saving Abe wasn’t just a priority because of AJ’s relationship with him, it became necessary if they even wanted critical intel to bring Page down.

Marshall’s elaborate plan hit a bit of a snag when Gordon Page requested to see proof of life from Abe, but the timing couldn’t have been better because Pravesh’s plan to save Abe worked just as Conrad got the call from his father.

We never got a full explanation to what ‘SEVER’ meant, but it seemed to prove to Gordon that Marshall wasn’t bluffing.

However, Gordon was tipped off by Marshall’s watch which wasn’t the 80K Rolex he was wearing earlier in the day.

I’m not a watch person, but even I know that watch people are very detail oriented. How did Marshall not consider that?

At that point though, it didn’t matter all that much.

The FBI heard Page’s admittance of guilt and were on their way to put him away.

I was actually surprised that the FBI followed through considering Page had plenty of government agencies in his pocket turning the other cheek when Julian attempted to bust him.

Conrad rushed over to Quo Vadis after everything went down worried that his father was hurt.

And after seeing Marshall unconscious on the floor and the cops wheeling out a body bag, I truly believed that for a second, Marshall made the biggest sacrifice for the greater good.

Thankfully, Marshall walked out of the situation relatively unscathed. And he redeemed himself not only in Conrad’s eyes but also the viewers. I’m sorry we ever doubted you, Marshall. And I am SO GLAD you’re okay.

Conrad’s heart couldn’t take it if he found out he allowed his father to walk into a deadly situation.

Gordon’s attempts at running from the cops were idiotic, but he also didn’t have anything left to lose.

Seeing his car go up in fiery flames was a joyous moment, one that felt as if all balance was restored.

Page was a promising bad guy with villain-like qualities, but his storyline didn’t overstay its welcome.

However, the fact that they wrapped it up so quickly and permanently makes me wonder that maybe The Resident writers are preparing for a series finale and tying up loose ends in case they don’t get renewed.

Ah, I really hope that isn’t the case.

With Page out of the picture, it’s safe for Julian to come back into the fold.

A promo for the upcoming episode confirms my speculations — Page didn’t succeed in getting rid of her completely, but she did go into hiding for some time.

What do you think happened to her after her car was run off the road?

Seeing Julian was comforting, but I much rather the writers kept that a surprise until the actual episode. This is why I hate watching promos sometimes!

Will Julian and Pravesh find the spark they had before she went away? Has she moved on?

One would argue that a focus on taking down Page and saving Abe would have been enough to fill a 45-minute episode, but The Resident never skimps on emotionally-laden patients of the week.

Conrad and Nic focused on Evan, a patient who was admitted with mono and ended up being placed on an ECMO because his lungs were giving out.

We were all rooting for Evan and his best friend, Sydney, who realized she had feelings for him only after it became evident that he might not make it out alive.

Side-note: I’ve had mono before and it was excruciatingly painful. I definitely did not look as together as Sydney did throughout the course of this episode. What a lie.

Evan’s condition created a bit of conflict between the staff when both he and Abe needed the ECMO yet there was only one available at Chastain.

The residents were forced to have a meeting of the minds to decide who the more deserving patient was.

While AJ and Pravesh made compelling arguments, they allowed their emotions to cloud their judgment.

Mina was absolutely right — no matter how much they wanted Abe alive, Evan was the more deserving patient.

How terrifying is it that these are the kinds of issues hospitals deal with? That doctors have to choose between two patients because supplies are limited.

My least favorite thing about these patient-of-the-week storylines is that all too often, we don’t get much closure.

Did Evan survive? AJ telling him that “he’s alive because of Nic” was the only acknowledgment we got about his prognosis.

Was Sydney finally able to tell him how she really felt?

I became so emotionally invested in their love story, I would have wanted to see how it ends.

What did you think of “Betrayal?”

Are you happy Gordon Page is finally out of the picture? Are you glad Julian is alive?