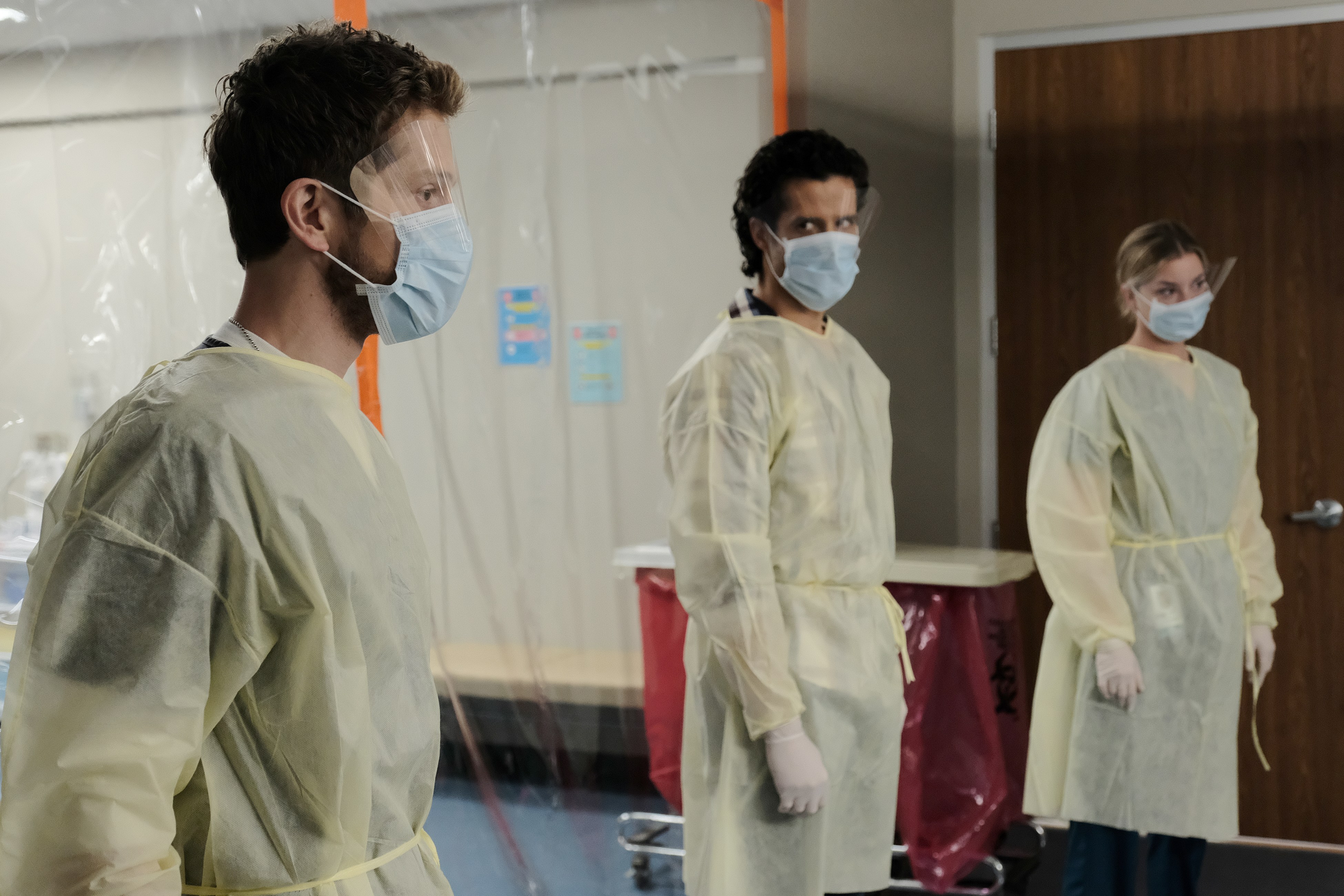 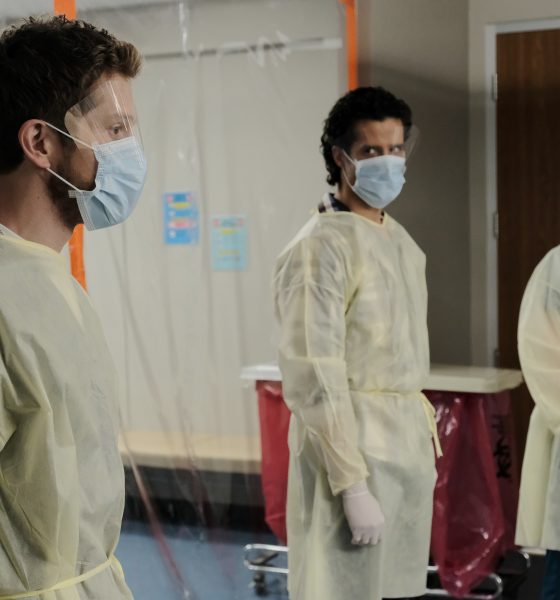 If you weren’t a germaphobe before this episode, you definitely are now.

The Resident’s “Fear Finds a Way” was basically a PSA for flu-season.

However, in addition to the regular flu, there was an outbreak that had most of the doctors at Chastain stumped.

You knew the woman Dot Jones and Michael Rady made appearances, they were going to play a major role.

Jones served as the prison guard who had a soft spot for Nic after she served some time there.

Rady played a man struck by cupid’s arrow after one date with his soulmate, Sue.

Now, given the emphasis the series placed on Sue, it was only a matter of time before she was pinpointed as the origin for this infectious disease that caused Chastain to take containment measures much to Bell’s displeasure.

He didn’t want an ER full of flu patients because it would deter other patients with money from coming to the hospital. What a guy.

When Jones began aspirating on her own phlegm, Nic broke protocol to save her and thus, exposed herself to the unknown virus.

There were many times that Nic’s behavior was questionable, but it all leads back to the house hunting with Conrad at the beginning of the episode.

Most women would be thrilled if their longtime lover brought up the idea of moving in together, but Nic treated it like the worst thing in the world.

While I wasn’t really a fan of how their confrontation at the end went down, I do believe Conrad has a point in that Nic doesn’t want to take the next step because there’s nothing left to be fixed.

She’s a fixer, people are her projects, and now that Conrad has taken all of her advice, the relationship is beginning to feel too real.

There’s also the Alec factor. Those two have warmed up to each other rather quickly. We saw the trio working together to find a cure for Jones and Rady, but in general, Alec is definitely smitten with Nic.

If things were to go south with Nic and Conrad and she decided to give Alec a real shot, things would get messy because he’s already engrained himself in the Chastain culture.

He speaks Bell fluently, I’d argue even better than Conrad.

Bell realizes he’s in a lot more trouble than he initially believed.

You’d think that he’d research the hospital Chastain previously had dealings with beforehand, but he was so eager to capitalize on the “flawless” product, he signed without doing his due diligence.

Now, finding out that the former CEO that Gordon was involved with was found “dead” doesn’t exactly evoke optimism.

Wait till he finds out about Julian.

I knew Gordon Page was a bad guy, but it seems like he has more blood on his hands than initially believed.

He even manipulated A.J’s mentor into vouching for the company.

A.J may have been off of his game thinking the only way to become that great surgeon he initially believed himself to be was by humbling himself, but Mina knew that A.J’s ego wasn’t at fault for killing Bradley.

I’m not sure why no one tested these devices the way Mina did or why the nurse helping her claimed that they’d be in so much trouble.

It seems like the right course of action if you’re trying to see what really killed a patient, doesn’t it?

Operator error, as Gordon Page put it, was not the reason Bradley died, but a faulty valve, like A.J originally argued, definitely was.

A.J initially didn’t want to believe Mina thinking she would say anything to get her mentor back, but a bit of digging revealed his mentor’s motive — a giant million dollar sum.

A.J was a straight up boss in the scene where he confronted his mentor and basically told him his opinion was no longer valid.

However, Gordon Page is a dangerous adversary.

How is Chastain going to go against him and not lose face?

If only someone could prove that he was a murderer… oh wait.

Lastly, I really enjoy A.J and Mina’s scenes together because they balance each other out so effortlessly, but I don’t want the series to kill off Micah to make room for this couple. Is there a better way around it?