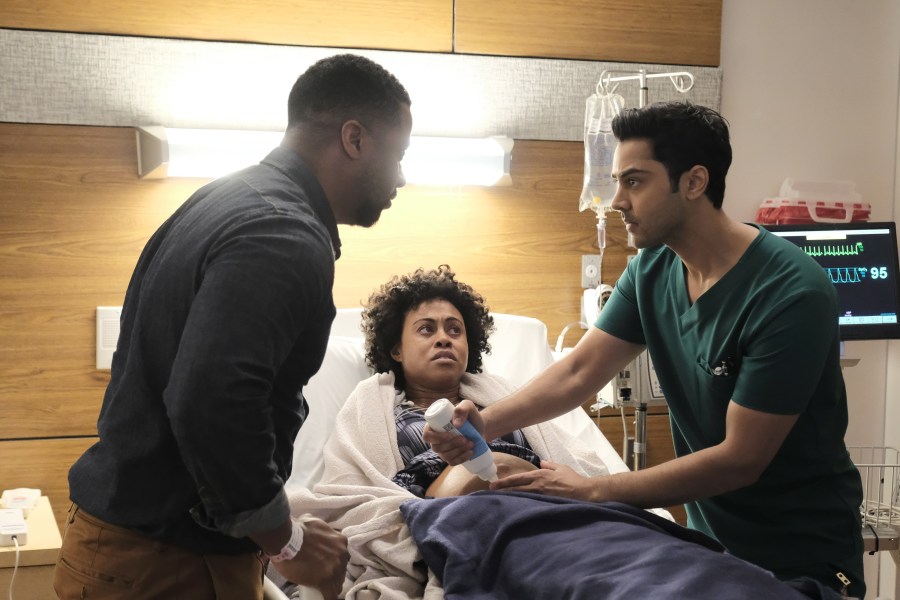 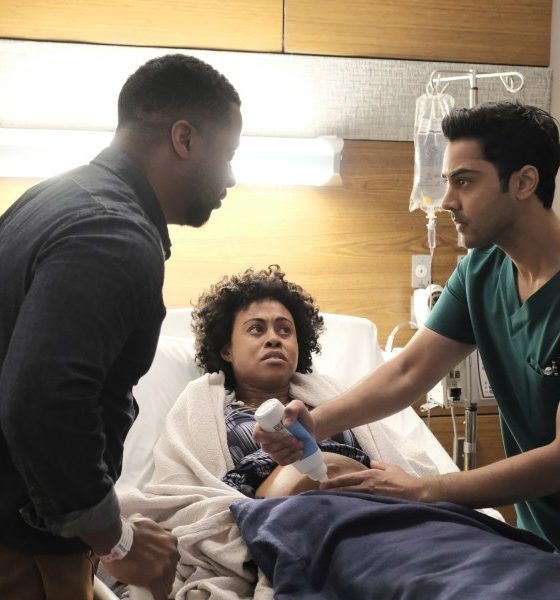 The Resident has never shied away from delivering emotional and profound television, and that didn’t change during their most powerful and thought-provoking episode to date.

“If Not Now, When” lifted the curtain on the US’ maternity mortality rates.

As Bell mentioned, the US, despite being such a developed country, is one with the most deaths, and black women are more likely to die from pregnancy complications than white women.

When he brought it to Dr. Stewart’s, attention, he waved him off with his ego gloating about all the successful birth’s he’s delivered.

As Davies’ situation became direr, Pravesh and even her husband were both met with the same disregard.

Their concerns were dismissed and deemed as ‘normal’ for a woman who just had a C-Section.

The tests Pravesh ordered took too long, and by that time, Davies was shivering and freezing.

Pravesh was right; the blood in her catheter wasn’t normal, she had been bleeding internally for six hours.

Stewart’s reaction was infuriating because he couldn’t even clean up the mess he created. Upon opening Mrs. Davies up, he immediately called in for trauma as her situation was beyond his control.

Mina and AJ tried their best, but as we later found out, Davies’ heart gave out during surgery and she passed leaving behind a husband, her newborn, and a young daughter.

Mina, AJ and Pravesh witness plenty of terrible and heartbreaking situations, but you know this was one of their toughest ones when even Mina broke down crying.

Worst of all, the situation was preventable and likely wouldn’t have happened if Davies was white.

Pravesh points out that there’s such a thing as unconscious bias, which seemingly is exactly what Stewart exhibited. He even assumed Pravesh “came to the states” as an immigrant because an Indian being born in the states is unheard of.

The Resident opens up the conversation for plenty of important topics.

Many of us, myself included, probably weren’t aware that giving birth could be so dangerous despite all the technology available to our disposal.

Similarly, I didn’t know Tokyo barely had any gun violence and their yearly shootings were equivalent to one day in a US city.

The US has a gun problem, that’s no secret, and many times, as was the case with Danny and his mother, the victims of gun violence are innocent bystanders and accidental targets.

The team was able to save both Danny and his mother, but as Mina pointed out, the odds were against both of them yet they had a flock of doctors surrounding them with help.

The shooting storyline fell slightly flat compared to the heartbreak of the Davies family.

I was even convinced it was going to be used as a tool to push Nic and Conrad back together by helping her realize how precious life was since if she hadn’t pulled over, she would have been the target.

However, for now, Conrad and Nic have called it quits because they aren’t on the same wavelength and really, haven’t been for a while.

Conrad is ready to move forward with their relationship which means moving in together and getting married.

Nic is content with how things are right now and doesn’t see herself changing anything, which stems from her fear of losing people and losing control.

Their fight really irritated me because Conrad came there to have a productive conversation and approached their relationship in a really mature manner, but as usual, Nic shut down the moment anything serious was mentioned and tried to steer the conversation away from her own flaws.

Until she matures and is able to appreciate the love she has, these two will never be good for each other.

And it’s unfortunate because they are so good for each other.

I really hope splitting up Conrad and Nic isn’t the writers’ ploy to bring her together with Alex.

You’d think Nic would want the stability of having a secure future with Conrad considering what’s going on with her sister, Jessie.

Jessie has irreversible kidney damage and will have to live out the rest of her days on dialysis unless she finds a kidney after six months without a relapse.

Of course, despite Nic saying she was done trying to help Jessie, she offers to see if she’d be a match to give her a kidney.

And much like Nic, I want to believe that this will be Jessie’s wake-up call to finally remain sober, but I don’t think it is.

I think Jessie is going to be affected by how ruined her life is now and she’ll fall deeper into the rabbit hole than before.

What did you think of tonight’s The Resident?

Will Conrad and Nic figure things out? Will Bell keep his word and ensure that the maternity ward is taking care of all women equally?

Will he hold Stewart accountable for the senseless death?