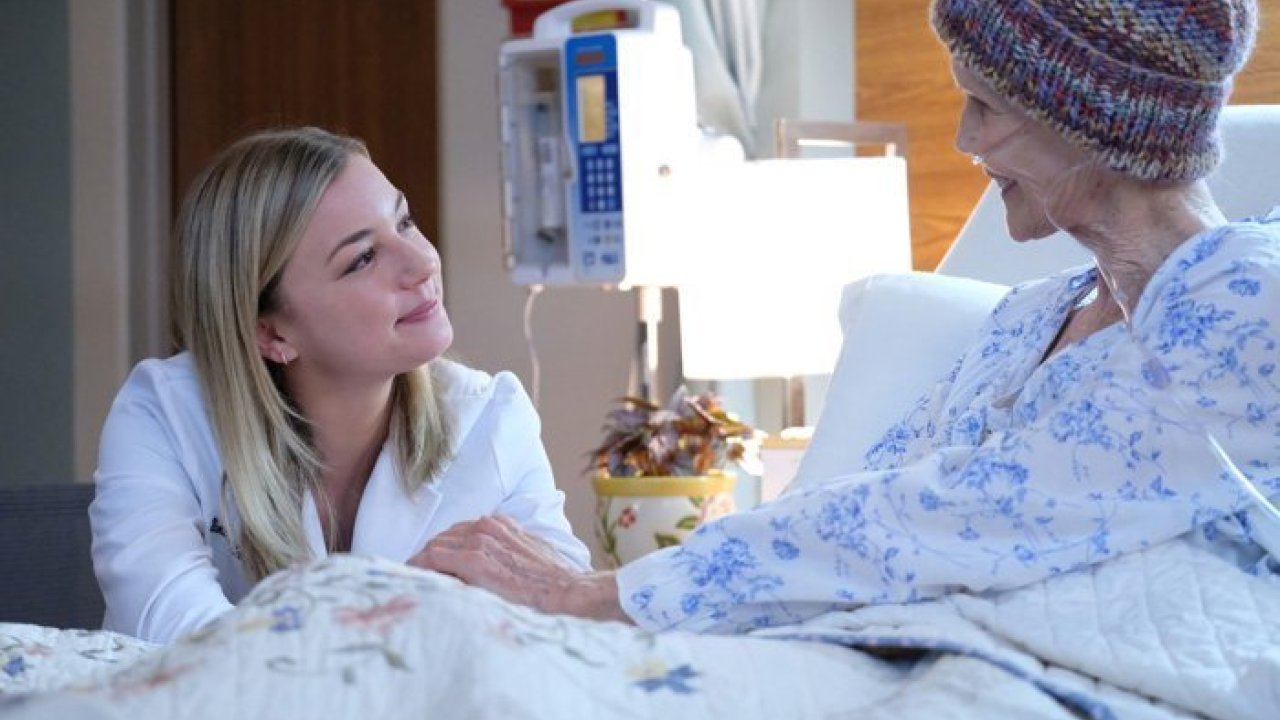 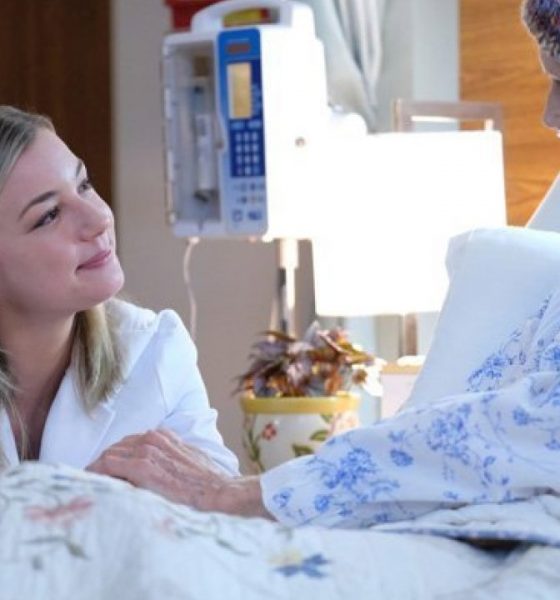 A snowstorm hit Atlanta and it was anything but peaceful at Chastain.

I don’t know how this series never fails to have a bad episode, but somehow, they manage it.

A car crashed into the ER — almost exactly as it happened last week on Chicago Med — except on this show, the driver was a young girl with her brother who drove their frozen father to get help.

Mina’s a brilliant doctor, but since the girl reminded her of her late sisters and put so much pressure on her to save her dad, she began doubting her abilities.

She didn’t feel comfortable flying solo without a residing doctor, but unfortunately, The Raptor was having trouble starting his car.

He did mention the winters aren’t nearly as bad in Atlanta as they are in Chicago, but I don’t know anyone who could successfully trek four miles in the blizzard conditions.

The fact that AJ did it just goes to show you that he’d do anything, risk everything for Mina. His love knows no bounds.

His celebration when she handled it without him and saved the patient was so heartwarming. No one has believed in her more than he has!

The surgery was stressful mainly because we formed such a connection with Mr. Garcia’s children and wanted him to be okay for their sake.

And thankfully, he was. After warming him, stopping the bleeding, and cooling him, he didn’t have any brain damage and was just happy to be reunited with his children.

The kids allowed us to see Dr. Bell in a new light. His hesitation to bond with them or be left alone with them was understandable since he never had kids of his own, but it was interesting to see the young boy only open up to him.

For someone who doesn’t deal with kids on a daily basis, he did a really great job.

Though he hopped on Nic’s surgery without a second thought if it meant he could get away from babysitting duty.

CEO of the hospital babysitting — I bet he didn’t see that coming when he said the skeleton crew has to assume various positions.

Kitt was, as always, a joy and continues to bring out the best version of Bell.

Nic overstepped a little when it came to her and Conrad’s patient Donna.

While she knew Donna was eager to see Bob, her one true love from thirty years ago, her desire didn’t overwriter her explicit DNR.

When she saw Bell blatantly ignoring the patient’s DNR wishes simply to save a life on his OR table, she knew that she screwed up.

Thankfully, Donna was a forgiving patient who knew that Nic did what she thought was best.

But imagine if she wasn’t. That’s a lawsuit waiting to happen.

What makes Nic a great doctor though is that she always goes with her gut even if it isn’t telling her to do things by the book.

If Nic hadn’t vouched for Donna, we would have never seen Donna tell Bob to ‘go to hell.’

I mean seriously, if I’m ever on our deathbed, I want the energy Donna has. What a firecracker. What an inspiration how life should be lived and how death should be handled.

She can now die peacefully knowing she got Bob back for breaking her heart. What a badass woman!

Nic was also dealing with Jessie, who was in kidney failure and on dialysis.

Alec was taking care of Jessie, which is fine, but also felt like he was trying to prove something to Nic.

It didn’t take long before both Jessie and Conrad caught onto Alec’s feelings for Nic.

Nic denied feeling anything back to both of them, but I’m not so sure this storyline’s going to have an innocent ending considering the teaser addressed the seemingly random fight between Conrad and Nic a few episodes.

The couple seemed to ignore their problems temporarily, but like Nic said towards the end of the episode, there’s a pattern that keeps happening over and over again.

They’re going to have to talk things through eventually.

If Nic isn’t ready for the next step with Conrad, maybe they shouldn’t be together.

Alec is just waiting for things to fall apart, which bothers me. I fear that Nic will also rebound with Alec, and I can’t bear to watch that either.

I’m also afraid that Jessie isn’t going to survive this time around which will crush Nic, cause her to finally lose control and spiral.

As for Pravesh, the student became the teacher after he took a med student under his wing to guide him through his first death declaration.

It feels like it was only yesterday that he was looking for guidance from Conrad and now, he’s imparting his wisdom on bright and doe-eyed students who may one day have a good career at Chastain.

As long as that student stops declaring patients dead in front of their family members before they are actually dead.

What did you think of tonight’s episode of The Resident?

It was very case-of-the-week focused and didn’t really address Mina getting dumped, The Raptor finding out about her ended relationship, the return of Nic’s father or Pravesh moving on from Julian.

But all in all, it made for some emotionally compelling television. And sometimes, that’s all we need. 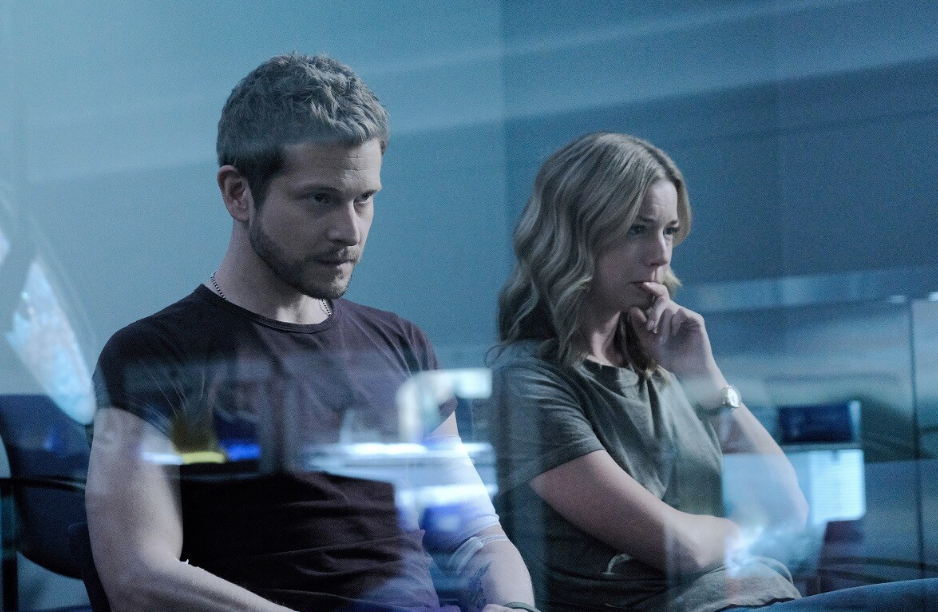 Not only is everyone “over” 2020, but all of your favorite FOX shows – which were delayed due to the COVID pandemic – will be returning early next year.

The network announced that it plans to bring back highly-anticipated new episodes of its scripted shows including 911, The Resident, and Prodigal Son during its midseason schedule.

The Mayim Bialik series Miranda, a remake of a U.K. comedy of the same name, will arrive on Sunday, January 3 along with the ninth and final season of Last Man Standing with Tim Allen.

The rest of the premieres will be scattered throughout the first half of the month!

Check out the full schedule to find out when you need to tune in and set your DVR: