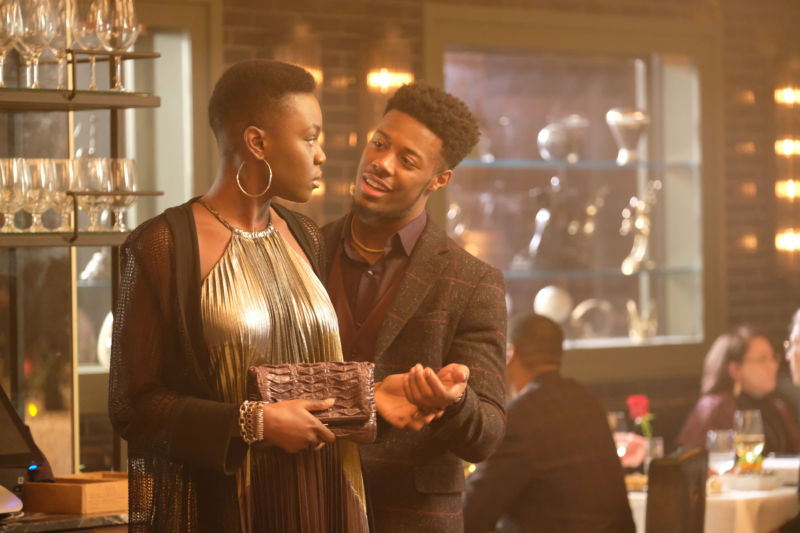 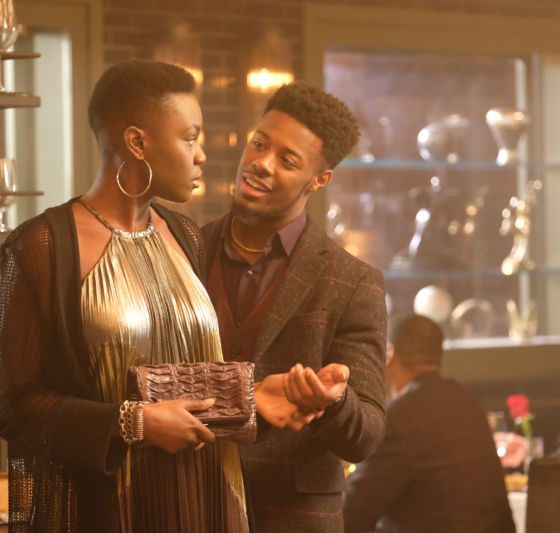 Can you feel the love tonight?

Most of Chastain could except for Pravesh of course who was still mourning the loss of Julian.

In fact, Pravesh was right in pointing out that it seems the only person who cares about Julian’s disappearance is himself.

The police don’t seem to care, her family doesn’t care, if it wasn’t for Pravesh it would be like she never existed.

Pravesh didn’t spend too much time moping around, however, because of Mrs. Gertie, Mina’s neighbor who passed away unexpectedly.

Both Mina and Pravesh dedicated much of their time to finding out what happened to Gertie as her self-absorbed, money-hungry niece only cared about the death certificate so she could score her aunt’s money.

But Mina and Pravesh’s vested interest actually saved the nieces life. A rogue autopsy performed by AJ led them to the discovery that Gertie had an aneurysm.

When they scanned her niece, they found the same aneurysm was causing her headaches and would have ruptured at any moment.

AJ is in love with Mina, that’s undeniable, but as I’ve said before, I love that he respects her relationship with Micah.

And because of AJ, Mina and Micah may be engaged!

That is is Mina accepts his cliche Valentine’s Day proposal. Micah’s a good guy and it’s clear Mina loves him, but I have a feeling she’s going to turn him down and that’ll lead to a break-up.

Seeing as Mina just watched Pravesh pull the plug on his wedding, I doubt she’s going to be gung-ho about getting into an engagement herself.

Plus, I don’t foresee her curbing her worries about Micah’s heart condition which isn’t healthy for their relationship.

Mina and Micah’s break-up will then allow for some sparks between Mina and AJ. Though, at this point, I’m content with their friendship remaining strictly platonic.

Jesse went to rehab which is a good sign for her relationship with Nic.

Nic made good on her promise to be there for Jesse if she agreed to get help and thus, she had to spend Valentine’s Day at rehab’s family night.

I’m still confused as to Conrad and Nic’s fight from two episodes ago when she made it clear she wasn’t interested in moving in with him yet, however, it seems like these two are going strong.

A Valentine’s Day date with mozzarella sticks and sparkling water is honestly better than any fancy dinner. Good job, Conrad.

Even the cases of the week were romantic in nature.

Conrad’s patient was a man suffering from dementia brought upon by years of alcohol abuse. As his memory was withering away, his husband made a conscious choice to exist with him in this new world even if it wasn’t what they’d planned on.

Dr. Kitt’s patient may have been the funniest as he was looking for love in all the wrong places and positions.

Though Kitt’s lecture about all the germs in the hospital was laughable as I think every couple has hooked up at Chastain at some point, including Irving and Jessica.

I wouldn’t be surprised if pretty soon Bell and Kitt hook up in some spare closet or something.

Their relationship is bound to happen and I’m not complaining, Kitt brings out a gentler side of Bell that’s going to be good for Chastain.

As for Irving and Jessica, well, it’s about time they made things official.

I don’t exactly understand why Irving felt it was necessary to keep their relationship a secret or why he needed to see another woman become interested in him to realize Jessica was the one, but hey, at least it happened.

Thoughts on tonight’s The Resident?

All the love delivered a slower-paced episode but sometimes, that’s exactly what you need before things really heat up.