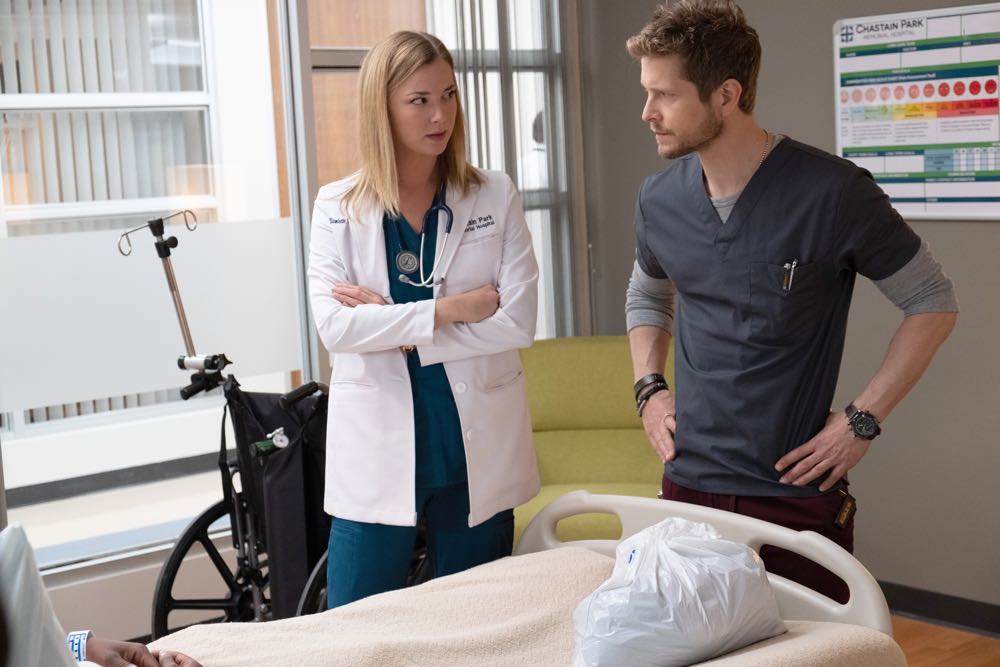 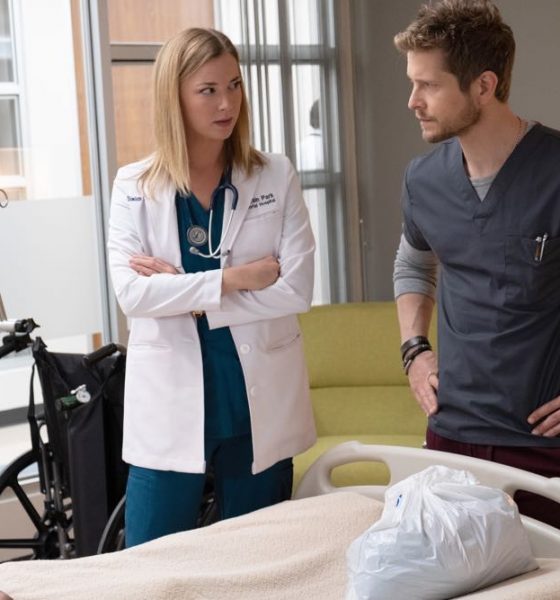 She was referring to the phrase “I love you,” of course, and a wise Chuck Bass said it and got the girl.

On this week’s The Resident, it was Nic’s turn to say those words back to Conrad who was confident that their relationship would work out a second time around.

But it took her a while to get there as she relived some of their most intimate memories and had many hesitations about jumping back into this.

We knew these two had some history together, but we didn’t know the extent of what went down between them or what led to their break-up until now.

As they geared up to celebrate Irving’s third anniversary at Chastain, Nic found herself overcome by memories both the good and the bad.

We saw their first meeting at the 404 Bar, we learned that the two suffered a miscarriage together, and we found out that the break-up was fueled by some overly touchy college douche who grabbed Nic’s butt and set off an uncontrollable rage inside of Conrad.

This is the first time we’ve actually tapped into some possible PTSD from his time in Afghanistan and though it was brief, I hope we eventually get a deeper look into what he actually went through while serving. Why did he have such a hard time coming to terms with what happened? Why did he bottle up his feelings?

And why didn’t the miscarriage ever come up?

Something that serious in nature strengthens a couples bond and makes the relationship more serious. It can also shatter whatever they had built up.

Bringing this up now could empower their connection, however, the way it was thrown in seems like the writers didn’t give it too much thought and just figured the story would work itself out.

You would think that there would be some mention of this previously, right?

If Nic and Conrad are going to move forward with a healthy relationship, and he is going to stick to it that he’s a changed man, then I really need them to continue addressing what we saw tonight in minuscule snippets.

Devon is in deep trouble. There, I said it.

I can’t blame him for being attracted to Julian because have you seen her? She’s gorgeous. But you know who else is gorgeous? His fiancee Priya.

Julian knew exactly what she was doing luring Devon in with some feeble excuse to teach him how to do a traditional Bollywood dance. If her intentions were pure, which they were one hundred percent not, she wouldn’t have even initiated the close-contact slow dance.

She had set her sights on him since her first day at Chastain.

Mina saw the whole thing go down, and I cannot wait for her to lay it into Pravesh with her “no bullshit” attitude.

Maybe that will set him straight.

There’s a part of me that’s so angry that the writers felt Pravesh was such an easy target that he’d fall right into the arms of a beautiful and smart woman. None of these characters were written to be that naive and up until now, he’s been so enamored with his fiancee, it’s hard to believe he would never look at another woman.

Dr. Bell hasn’t really been able to catch a break, not that he needs one.

I’m surprised by how quickly he got over his troubled and guilty feelings concerning Dr. Lane and that whole “I solicited sex” situation.

We’re seeing Bell become more powerless by the minute as he squared off with not only Marshall Winthrop but also, Dr. Austin.

When Winthrop told Bell that they all have to work together to make Chastain the best hospital for patients but also, profitable, it seems like he wasn’t listening.

Bell still thinks he knows what’s best even if he has absolutely no experience in a specific situation.

His idea to take out the middleman and produce his own saline solution was fine, but without actually consulting the chairman of the board, a man who knows the business side, it was doomed before it could even gain its legs.

Bell saw Winthrop business deal as a way to beat him, but Winthrop swore that they were playing for the same team and he just knew better.

Shortly after, Bell’s power over Dr. Austin didn’t hold much weight because he wasn’t phased by losing his position if he refused to perform surgeries and bill them through the Titian.

It just goes to show you that while Bell only cares about money, his employees still care about the craft and their patients.

Why would you threaten to fire one of your top surgeons because they prefer to bypass the robotic machines and use the best tools in their arsenal: their hands?

Bell, will you ever learn?

Most of the episode focused on the idea that though it may be scary to accept, people can change.

We’ll see how that holds up for Conrad who gave his father the benefit of the doubt when he said he only had good intentions for buying a saline company, and for Nic, who finally gave Conrad that second chance because he promised to become a better person for her.

What did you think of The Resident’s “Three Words?” Will Conrad disappoint Nic? Will Pravesh cheat on Priya?