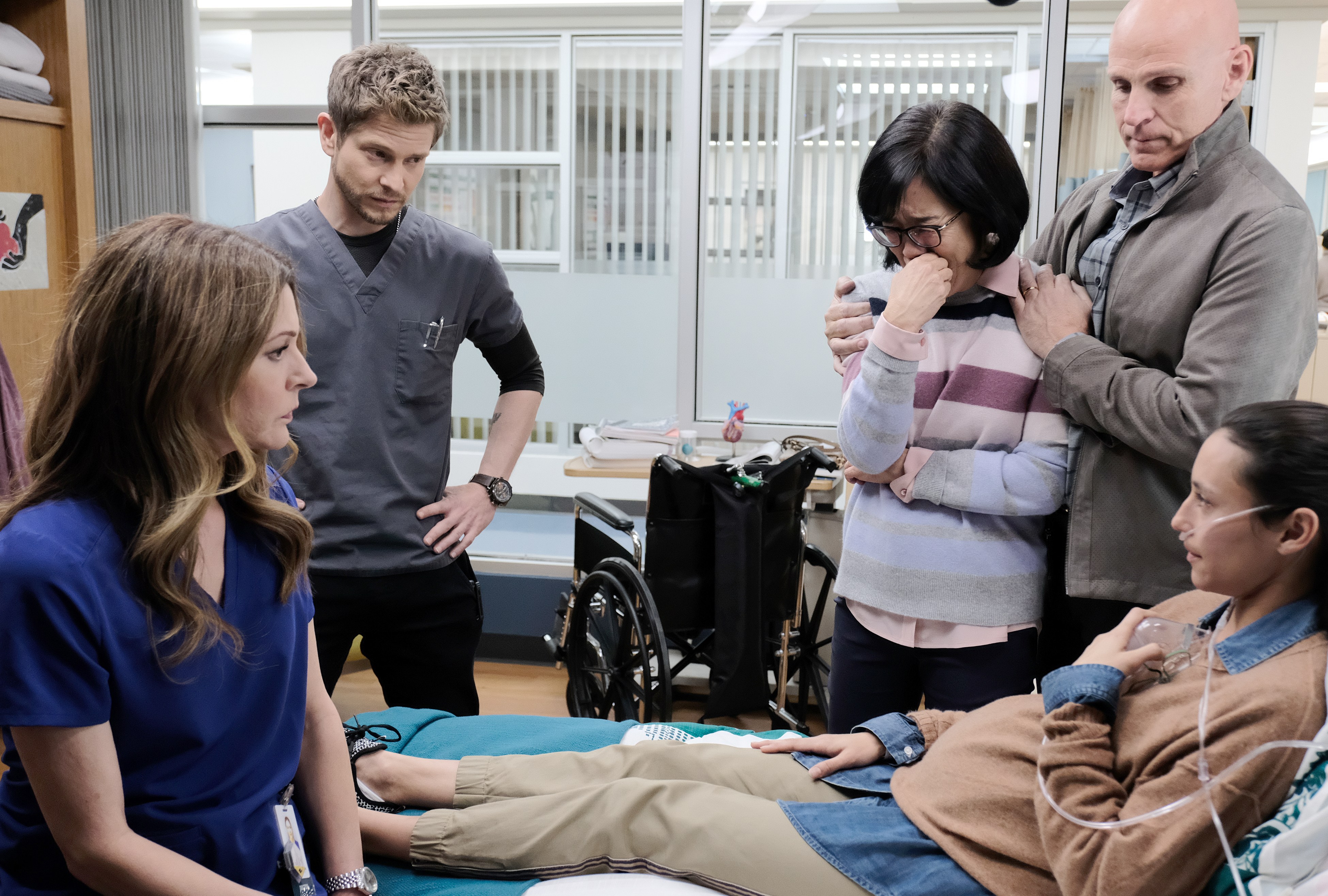 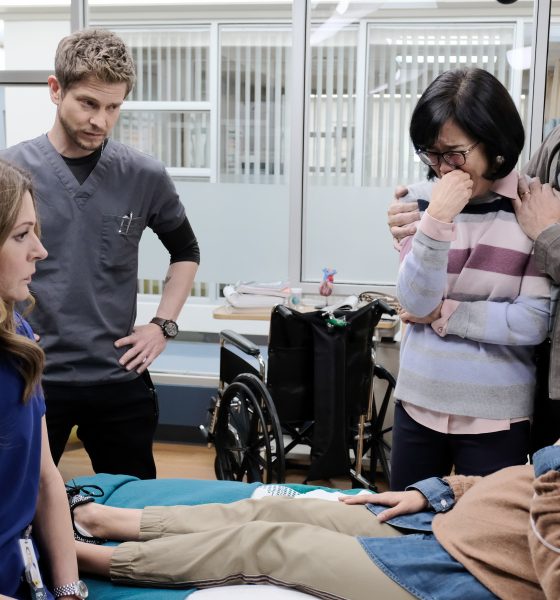 What an intense episode.

Pravesh got closer to solving Julian’s disappearance, Nic stopped enabling her sister and the Raptor’s “hands” performed nothing short of a miracle.

Nic’s storyline tied in closely with Dr. Hawkin’s and Kit’s patient, Eloise, a med student who needed a lung transplant.

Eloise’s donor, Lenny, turned out to be Jess’ friend from high school who had overdosed on opioids.

As the parents told Nic they’d ignored the signs that Jess was using again, Nic began to realize she’d been doing the same with her own sister, who arrived at Chastain a little too happy and was indifferent about being late for her job interview.

Sadly, when she arrived at the house, she found pills in Jess’ purse proving that she was using once again.

Jess tried to place the blame on Nic by saying that she was so overprotective, she needed to take the pills to deal with her.

At this point, Nic did something that was long overdue — she stopped being the enabler.

She told her sister that she was either going to rehab or she was getting out of the house. And though it was the hardest thing Nic has ever had to do, Jess needs that tough love if she’s ever going to get better.

Cleary, Nic’s overprotective worrying didn’t do anything for Jess because she figured her sister would always be there for her.

It’s only until she hits rock bottom that the wake-up call will hit. She’ll either voluntarily enter rehab and work on getting clean or she’ll overdose and end up like Lenny.

Nic, she’s stronger than she looks.

I was surprised to see her cuddled up with Conrad after their fight last week. Did they just kiss and make-up? Are they pretending none of that ever transpired?

I’m not complaining considering I never wanted them to break-up in the first place, but it was a weird thing to gloss over on the writers’ part.

Julian’s car was pulled out of some swamp and as we all guessed, her body was nowhere to be found.

Gordon Page doesn’t seem like he’d leave any loose ends, which also leads me to believe that he’d have his goons displace Julian’s body so it would never be found.

And that, friends, would probably be worse torture for Pravesh than actually finding out she was murdered.

Pravesh began to put two-and-two together on this week’s episode, and after sneaking into Julian’s apartment and realizing the last person she spoke to worked for the FDA, he’s more convinced that Quo Vadis played a role in her disappearance.

It’s nice to see that someone cares enough to find out what happened to her.

With all the evidence stacked against Quo Vadis at this point — the defected heart valves, Bradley’s death as a result, the news that the last person Page did business with is dead — it seems Chastain’s employees might go after him.

It’s a good thing they all have a vested interest in taking Page down because after Bell’s call to remove the valves from his hospital shelves, Page will undoubtedly declare war and try to retaliate.

If only Bell could just pay off the debt he owes Page. Lesson learned.

It sure seems like Bell is making a comeback as a good guy and more importantly, good surgeon.

Even Kit is noticing and really liking what she seeing. Look, Bell’s bound to get a love interest sooner or later. If it’s going to be anyone, it may as well be the woman that brings out the best in him. Lord knows he needs that after all the bad seeds — cough Lane cough — he’s been with.

And lastly, that miracle of surgery.

Despite initial hesitation from the board, Chastain went ahead and performed, no, scratch that, they perfected, a triple surgery.

The odds weren’t in their favor but with such a brilliant team of surgeons, one could even say that best of the best, they managed to succeed with minor hiccups.

I got chills when the whole class watching the live stream cheered.

This whole storyline was proof that not every story has to have a tragic ending at Chastain.

They aren’t miracle workers but sometimes, luck is on their side.

Not only is the Raptor back on his feet, but his feelings for Mina aren’t going away anytime soon.

I know he’s giving her space and trying to let things fall into place, but he can’t keep ignoring this for much longer.

The way he looks at her makes me melt but she’s with Micah. The series has been focusing more on AJ, but we can’t forget that Micah is still there.

What do you think is going to happen?

Will Jess leave Nic alone for good? Will she go to rehab? How far will Page go to get revenge on Bell? And how will Chastain take Page down?

Sound-off in the comments, Cravers!