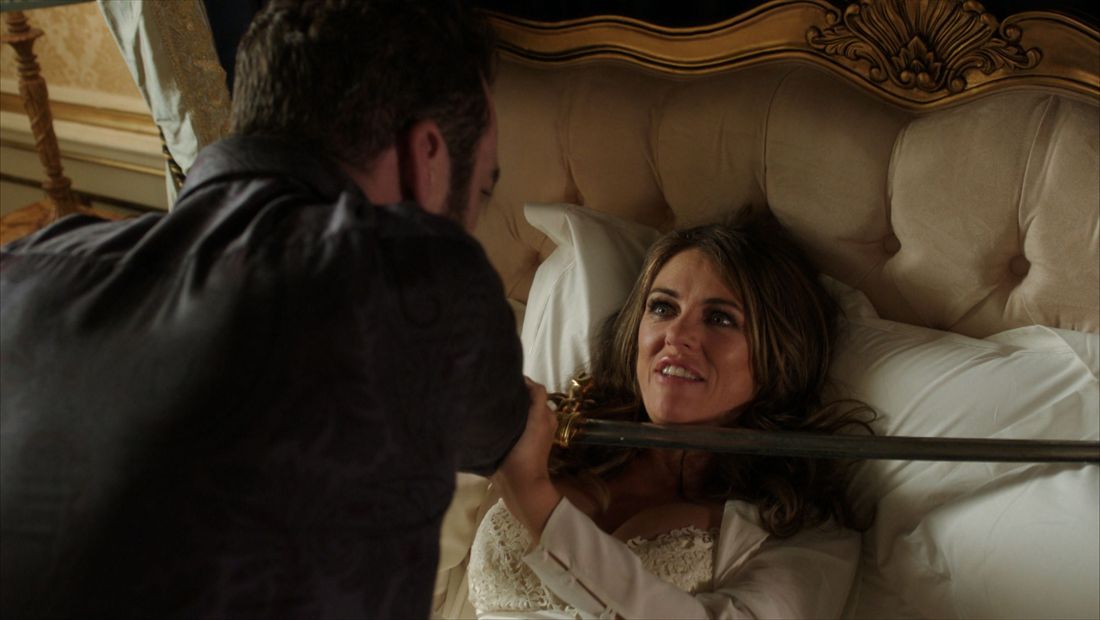 Everything the monarchy stands for is built on blood… and the Royal family wants to change that. At least most of the people in the family anyways.

This week, Eleanor and Liam were set on finding out the truth about Dominique, their father’s first true love and the inspiration for the “domino” destruction of the kingdom. Eleanor refused to believe that her mother could kill someone to get what she wanted; despite having slept with her boyfriend. And she was right… thankfully. Helena never killed Dominique – her mother did. I suspected Granny wasn’t innocent at all. After all, she’s the one who made her daughter ditch the man she really loved for the crown.

But that wasn’t the only blood on her hands. As we know, Violet went missing and Cyrus doesn’t believe she’s alive anymore. He’s definitely not shocked when Ted comes back to tell him that her car had been found. The Duchess admitted to killing Violet also, but surprise – she killed the wrong maid. Despite his very strong feelings for Violent, Cyrus got the engagement ring for Prudence. Remember her? The mother of his child. That man has a thing for maids. And I guess it’s a good thing that he knocked her up because his time is limited, with the cancer and all. What better revenge than to take the crown away from people who will literally do ANYTHING to keep it, including murder and change the order of succession. Karma is a pretty wicked.

So what stops will Helena pull now? Will she finally admit that Liam and Eleanor were Simon’s legitimate kids to gain back the throne? He’s really the only noble one of the family and in good standing with the people, especially after Dominique’s niece recorded a viral video of him adressing the faults with the monarchy and admitting it’s based on lies, secrets and murder. Oh, he also told her someone in his family was responsible for murder, but tried to make it up to her and her vengeful father by showing the world he’s a better man… a man they need right now. Will her dad buy it? Probably not. But she might… unless she’s here under false pretexts. And who really knows in this show. Regardless, #KingLiam was trending because he took an opportunity and ran with it – such a millenial.

Of course, he’s about to get completely thrown off his game when he finds out what Jasper and Mandy were really up to. I’m surprised that no one in the palace got wind of the real reason Jasper was working there. Eleanor can really keep a secret  – she could have RUINED his life. And don’t get me started on how Liam will react when he finds out Ted is a shady mofo. That dude killed his dad, but he’s their head of security. When the Domino guy first brought up the fact that Ted was the killer, I was hesitant to believe him. Sure, he had every right to be mad at the monarchy – after all, they killed his wife. But to kill the King? The man who was the only good one in the family? That’s quite insane. Yet, with each episode, Ted gets shadier and shadier, until this week, when he put a camera inside flowers. Why? To get dirt? Confessions to ruin the family? I can’t wait till Ophelia comes back and the madness ensues!