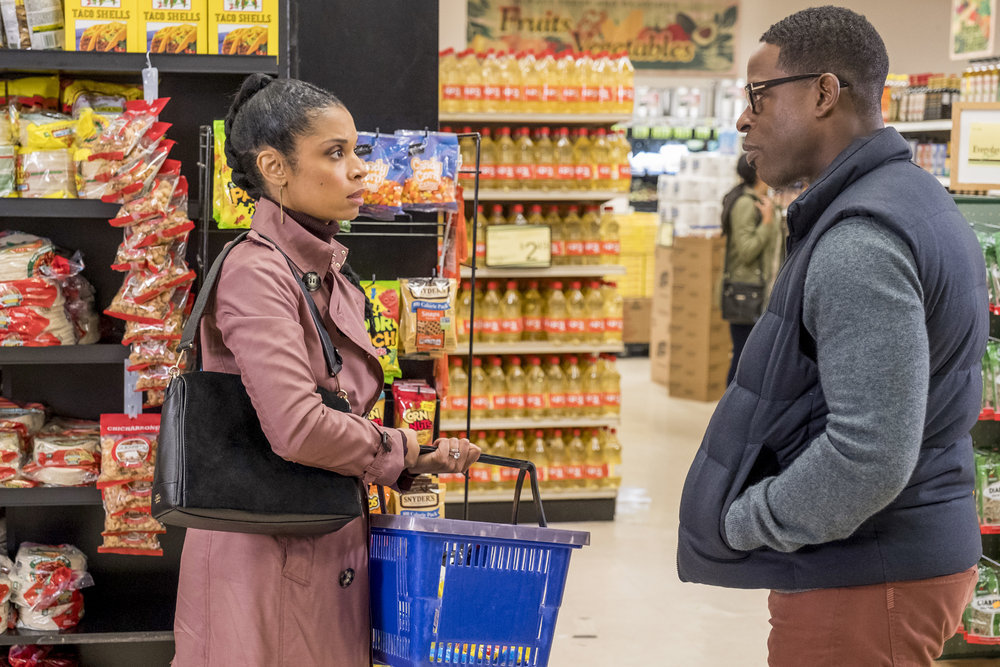 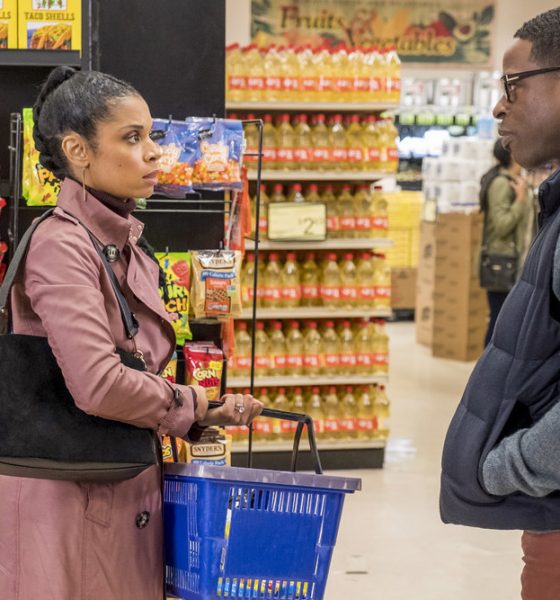 Beth and Randall’s fight on “R&B” was long overdue. The tension bubbling right on the surface came to a major head, and it’s unclear if there’s a way to bounce back from this.

In my heart, in my ‘Beth and Randall are forever’ hearts, I believe this fight is normal, healthy even, and that they will bounce back stronger than ever.

Much like Randall, I’m also a woman with anxiety and realize that too much has been said, lines have been crossed, that may make this a definite turning point and irreversible.

My mind keeps going back to that flash-forward in This Is Us Season 2 in which we saw future Beth and Randall on bad terms. It wasn’t clear if they were divorced, but their relationship didn’t evoke the same passion and happiness as the earlier days.

This Is Us has crafted two of TV’s most perfect couples in Jack and Rebecca and Beth and Randall.

We idolize them because they’ve figured out this whole marriage thing and make it seem effortless.

But they’ve also peeled back the layers to reveal that no marriage is perfect.

And when that teeter-totter doesn’t ever find balance, things start to crumble.

The explosive episode of This Is Us took us on a journey through Beth and Randall’s life together right down to their first date.

As expected, Randall planned the perfect date at a nice fancy restaurant with a nice suit and tie, but Beth wasn’t impressed.

I was a little thrown by how much attitude Beth was serving Randall who was a perfect gentleman and clearly smitten with her.

Looking back at their whole relationship, it was just Beth’s skepticism which has carried throughout her whole life.

But then, that’s exactly what happened. At least, according to her.

As their fight wages on and surprisingly doesn’t wake any of their children — how soundproof are their walls? — Beth has an epiphany that she’s always been the one bending over backward by giving up her job to raise the kids, working overtime when he quit his job and embracing his wild dreams as her own.

Never has it been about her.

And on some level, I can see it. Randall is a lot to handle and he does consume you.

But, she also knew that going in.

Randall doesn’t see any of the flags Beth does because he’s always tried to be the best person he could be to his queen.

He thought he loved her enough to give her the love, life and respect he thought she deserved.

I’ll agree that Randall made some pretty rash decisions in his heyday, but I don’t think he ever compromised Beth or asked her to give up a dream to achieve it.

My issue with this episode was that it felt like they were trying to insert moments of Beth losing herself during flashbacks that we’ve been present for and never witnessed this was a problem.

Did we ship Beth and Randall so hard that we were ignorant to what was happening or was it never made clear that Beth bent over for Randall so much that she’d eventually crack? It seemed forced simply for the sake of the storyline.

There’s no right or wrong solution here because well, they’ve both done what they thought was best.

Randall may have overstepped on This Is Us Season 3 Episode 16 after leaving Beth a rather belittling voicemail when he thought she didn’t have his back so it was fair that Beth wanted her issues to be heard first.

But eventually, Beth overstepped by calling out Randall’s panic attacks, which was a low blow and sent him back all the way to Philly.

Randall has generally been cool, calm and collected, so for him to exit because he couldn’t be around Beth was really telling.

Who knows what will happen between these two now that they’ve finally talked it out honestly, something Randall believed they’d been doing throughout most of their relationship.

Is it Randall’s fault that Beth bottled up and repressed all these emotions? Maybe if she’d been more honest about what she wanted instead of trying to appease Randall they wouldn’t be in this mess.

Should Randall have assumed Beth would always be his ride or die? Maybe he should have asked her if she’s genuinely happy in her life or seen some of the warning signs like when she secretly booked a hotel to get away for 24-hours?

The episode had the potential for being really depressing giving the explosive nature but the sweet moments held it all together.

Susan Kelechi Watson and Sterling K. Brown delivered powerful performances that, in true This Is Us fashion, made us cry and laugh at the same time. Even the younger versions of themselves did a good job.

Seeing Beth and Randall’s first date, their proposal, their wedding day, and how tired they were after having their first baby not only strengthened them in my eyes but proved that they are just like any other normal couple with ups and downs, good moments and bad ones.

Much like Jack and Rebecca, Beth and Randall’s relationship has balance romance with realism.

In fact, Randall is a lot like Jack. Their fight even reminded Randall of the only true fight Jack and Rebecca had which coincidentally was about Rebecca feeling like she’d lost a part of herself and that she couldn’t have a career.

Maybe Rebecca and Beth have to sit down and have another heart-to-heart. Rebecca has always admired Beth and seeing her praise her for not being a “wallflower” only contributed to Beth being “the one” for Randall.

So yes, the fight was bad. Things got ugly and people’s feelings were hurt.

But if you look at their vows and their whole journey together, you’ll see a couple who is better together despite any hiccups. They are a couple who has always figured it out. When they look at each other they see an eternity together, and they promised to work things out no matter what came their way.

Careers come and go but family and first loves, man, those are forever. Sacrifices will need to be made, but I believe they have what it takes.

I hope they may good on those vows because like I said, if Beth and Randall can’t make this thing called marriage work, who the hell can?