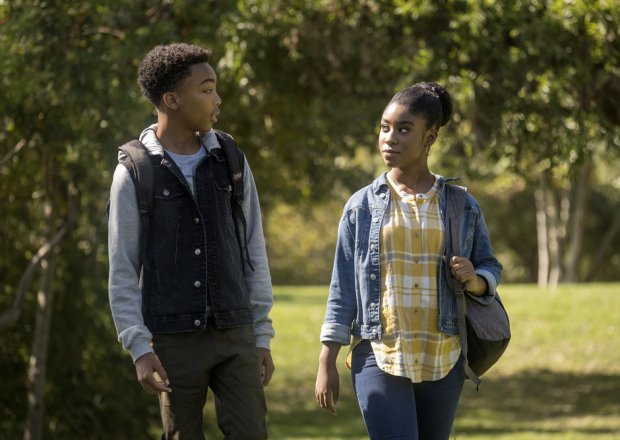 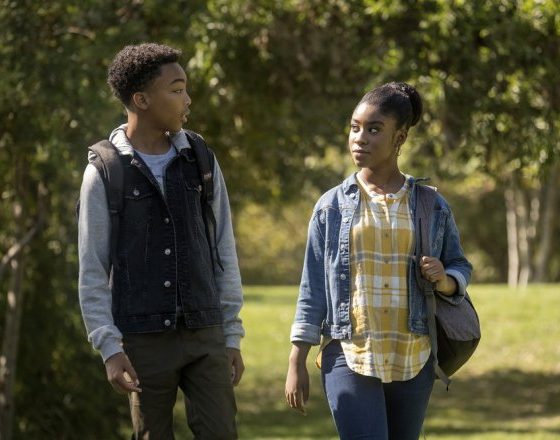 One day you’re their biggest idol and the next day someone else comes along and becomes their whole world.

This quote summarizes the mindsets of both Randall and Jack on This Is Us “The Dinner and the Date.”

Both Jack and Randall Pearson struggled with accepting that they weren’t the most important person in their child’s lives anymore.

For Jack, it was about being replaced by his teacher, Mr. Lawrence and for Randall, it was seeing Malik become “the man” in Deja’s life.

Much of the episode centered around Deja and Malik.

Though my expectations for this episode were low — frankly, I don’t think is the strongest season of This Is Us — I was surprised by how much I loved this episode.

Deja and Malik are characters that command your attention.

Their storyline is unconventional, but it’s real and emotional and forces Randall and Beth to get comfortable in their uncomfortableness.

Deja’s character development is noticeable and yet, she never forgets where she came from or who she is. Her past was engrained in this episode as she ditched school, explored Philly with Malik, and found a little piece of home on their Ferris Bueller inspired day off.

I’d even go as far as saying that Malik might be good for Deja.

She hadn’t has much exposure to a stable home or good men. Most of the examples of what a proper marriage and family look like have stemmed solely from Beth and Randall.

But Malik is a combination of both parts of her life; his family comes from lesser means, but they’re above all, a supportive family.

His life hasn’t been easy yet he has this confidence about him that draws people in.

He may have come off as a player, but deep down inside, Malik is a romantic who knows how to treat a lady.

When Malik brought her to see the lights that Deja remembered seeing as a child with her mom and grandma, I’m not going to lie, the tears welled up in my eyes.

Malik may be 14 but he’s mature; he listened to everything Deja said and planned the perfect date. I don’t know many middle-aged men who could pull off such an impressive evening.

Family dinners are always slightly awkward, but when you add strangers into the mix, the awkwardness is tripled.

In both timelines, that awkwardness was felt by everyone.

Dinner with the Pearson clan and Randall’s teacher, Mr. Lawrence, was less intense than the meeting of Deja’s parents with Malik’s parents.

In the present-day timeline, everyone had preconceived notions about the other party and Beth’s “open-mindedness” went out the door rather quickly.

Each parent blamed the other child for being a bad influence. Beth and Randall looked down on Malik because he was a father and refused to acknowledge him as anything else when, in fact, he’s also a grade-A student and good father.

Randall is a good and protective father, but Malik’s dad stating that he won’t let them overlook his son was powerful.

At the same time, Malik’s parents judged Randall and Beth by their wealth.

They viewed them as bougie and snide comments about the affordability of the house and his role as Councilman.

The dinner was doomed from the very beginning.

The only good thing that came out of it was that all parties checked each other towards the end and realized that the only solution would be to allow these kids to see each other with parental supervision.

In the past timeline, Jack struggled with accepting Mr. Lawrence out of fear that he was being replaced in Randall’s life.

Rebecca had to check her husband whose jealousy was making for some tense moments.

She also made a rather good point — Randall was seeking out Mr. Lawrence because he’s a man who looks like him. He could give him what Rebecca and Jack couldn’t.

When Jack became honest with himself and Lawrence, he admitted that Randall needed a role model like Lawrence.

By then, Lawrence realized he was overstepping and helped out by giving Jack the tools he needed to guide Randall’s journey of self-discovery.

Jack’s decision to embrace this part of Randall that they’ve been ignoring mainly because of their ignorance was admirable and important.

It’s this very quality that has always made them the best parents and in turn, made Randall such a great person.

I’m eager to get back to the Big Three storylines and see them all interact more, but a break from the mold wasn’t a bad thing.

This Is Us has a difficult task on their hands because they have to find a way to appease all fans — the ones who say that Kate, Kevin, and Randall should stop mourning their father already and the people who want the series to continue focusing on the core family and less on new characters.

But there’s only so much the writers can accomplish with the Big Three before eventually adding new faces and expanding the storyline. I think they’ve done a good job at balancing all of it for now.

Did you enjoy this episode?