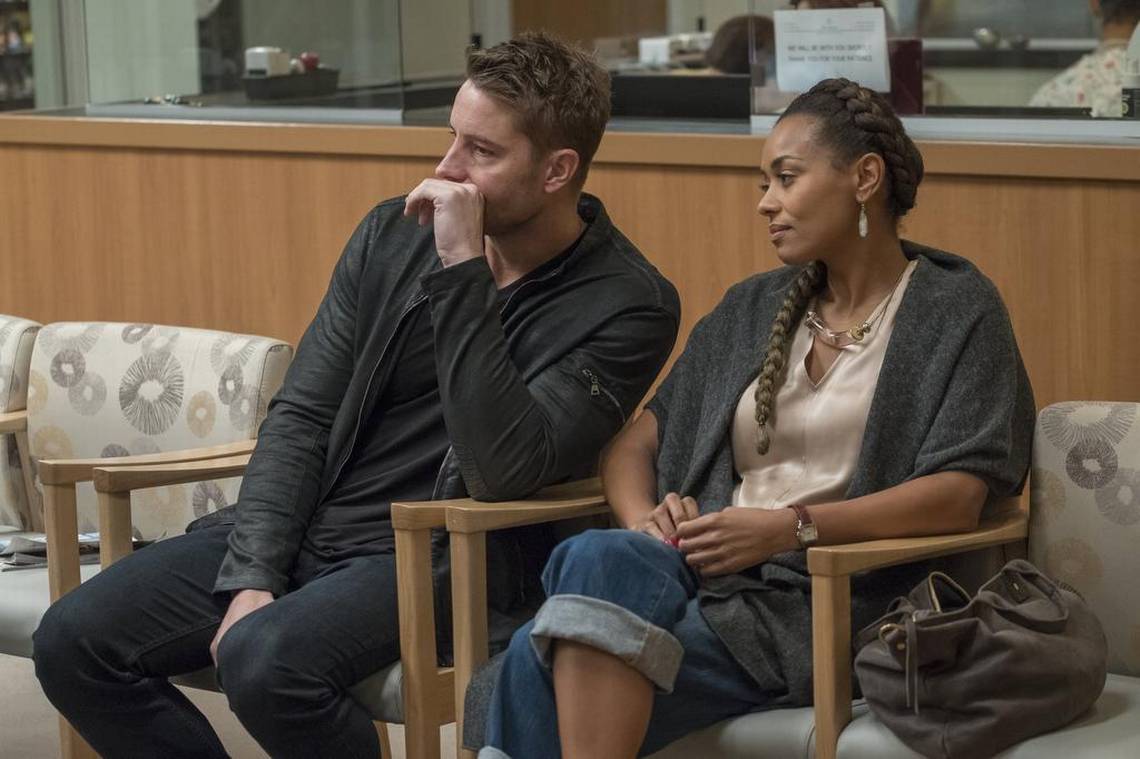 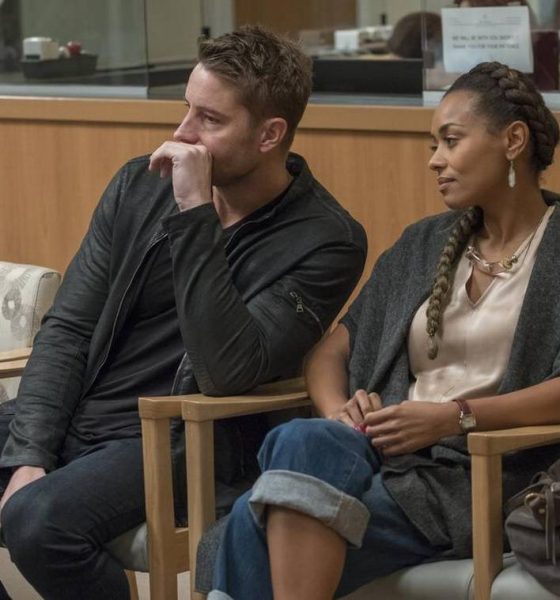 Credit: This Is Us/ NBC

Who knew a waiting room could make for such a compelling and emotionally driven scene.

The writers behind This Is Us are talented at taking regular moments and turning them into something that makes you laugh, cry, and scream at the TV all in one take.

The Pearson clan has a lot going on at all times.

There’s never a dull moment, especially when they are all cooped up in a waiting room with tensions running high as they wait with bated breath for news about Kate’s early labor.

Kate’s pregnancy may have brought them all together but their unresolved issues took center stage.

We didn’t really learn anything new from the episode, but having everyone in an intimate setting for the full 45-minutes pushed them into a space where they had to address all the elephants in the room.

Kevin had to address his alcoholism in front of the family; everyone picked up on Beth’s shrewdness towards Randall; and Kevin and Randall went at each other with the same rehashed allegations — Kevin made Randall feel guilty for being so perfect while Randall was worried about Kevin’s freakouts.

And, per usual, Miguel, the most kind-heart member of the family who tries so hard to fit in while remaining neutral and easing tensions, got treated like he didn’t belong.

Can we just get some justice for Miguel?

Distracting them with the ranch or chocolate game was brilliant, and he’s kept the promise he made to Jack about taking care of his family.

Surprisingly, Madison took the “you don’t belong here” torch from Miguel, and frankly, I’m disappointed that no one stood up for Kate’s best friend.

She was supposed to be there, she made a promise to her friend, and she was treated like absolute crap.

When is the family going to stop letting Kevin get away with these antics?

Acting better than everyone else and flaunting his wealth around isn’t a good look.

Kevin is dealing with plenty of unresolved issues dating back to his relationship with his father that came to the surface when he found Nicky.

That paired with the realization that he’s relapsed, the fact that he doesn’t want to lose Zoey, and Kate’s early labor have become too much for him and so he copes with even more alcohol.

At this point, Kevin is a classic alcoholic. He’s done such a good job at hiding it, he’s convinced himself that he has it under control.

And he’s trying to convince everyone else around him that it isn’t a problem.

Except we all saw Zoey take a swig, and I immediately knew that there wasn’t water in the water bottle.

Kevin’s deceiving his loved ones while getting drunk right in front of them.

Zoey’s been understanding but at what point does she put her foot down? When do they get him into treatment?

Kevin’s relapse is frustrating to viewers because he was on such a good path. He seemed happy, his movie was a success and finally, things were looking up for him.

Beth and Randall bickered about their dreams interfering with childcare. Beth understandably held a grudge after Randall asked her to set aside her dreams for now, but as I mentioned in last week’s episode review, he made the commitment first.

Randall also underlined the fact that he isn’t asking Beth to give up teaching completely, their budget simply doesn’t allow it on a full-time basis.

The way Randall and Beth assured each other that “they would figure it out” makes me think that they absolutely don’t figure it out and this eventually leads to the demise of their relationship.

The most powerful moment of “Waiting Room” came on the heels of Rebecca reliving her final moments with Jack.

Her behavior — pointing out the shocked expressions on electrical sockets, noticing the waiting room chair designs, and counting the odd number of chairs — may have been odd at first, but the moment Zoey mentioned the Michelin starred “Vending Machine,” it dawned on me that Waiting Room’s are a trigger for Rebecca.

She didn’t want to eat because that’s what she did when Jack passed away; she was grabbing something out of the vending machine.

Sitting there in that airless room reminded Rebecca of how terribly wrong things can go.

She didn’t care about Beth and Randall’s marital woes or Kevin’s drinking or Miguel’s spat with her son’s because all that mattered was Kate, the person they were there for.

Thankfully, Kate’s emergency C-section went off without a hitch. Baby Jack — of course, they’d name him after the beloved Pearson patriarch — was born premature but if he’s anything like the man he’s named after, he’s a fighter.

This baby honors Jack’s legacy in such a beautiful way.

I always get overcome with emotions at just how easily Jack is woven into storylines even though he hasn’t been around for years.

He was still a major part of the baby’s birth and Kate had a little chat with dad to keep baby Jack safe.

We know This Is Us tends loves to hit Kate and Kevin with the tough storylines, but I do believe little Jack is going to survive.

She went through way too much to get to this point only to suffer yet another loss.

What did you think about yet another heavy This Is Us?

Will Kate’s baby survive? Will Kevin finally get the help he needs to overcome his addiction? Will Beth and Randall find a way to make their schedule work?