Damon really vamped up efforts to save Bon-Bon on this weeks TVD but as usual, something got in the way. That something was a dangerous Kai who figured out how to escape his own personal hell… and wasted no time killing a cab driver with headphones back in the real world. Alright, so maybe Bonnie had a point for not wanting to let him get out of there. From now on, we should start listening to her and ignoring Damon’s stupid ideas, no matter how convincing he looks.

Here are some of the episodes most noteworthy moments:

Next week’s Christmas themed episode does not look merry! How do you think the midseason will end? Will Bonnie finally come back? Will Damon kiss Elena causing her to remember their past? The producers did warn fans that happier times were not on the way for Delena. But what does that really mean? What will be this finales insane cliffhanger? Sound off below and see you next week!

The Vampire Diaries- Christmas Through Your Eyes (6×10) 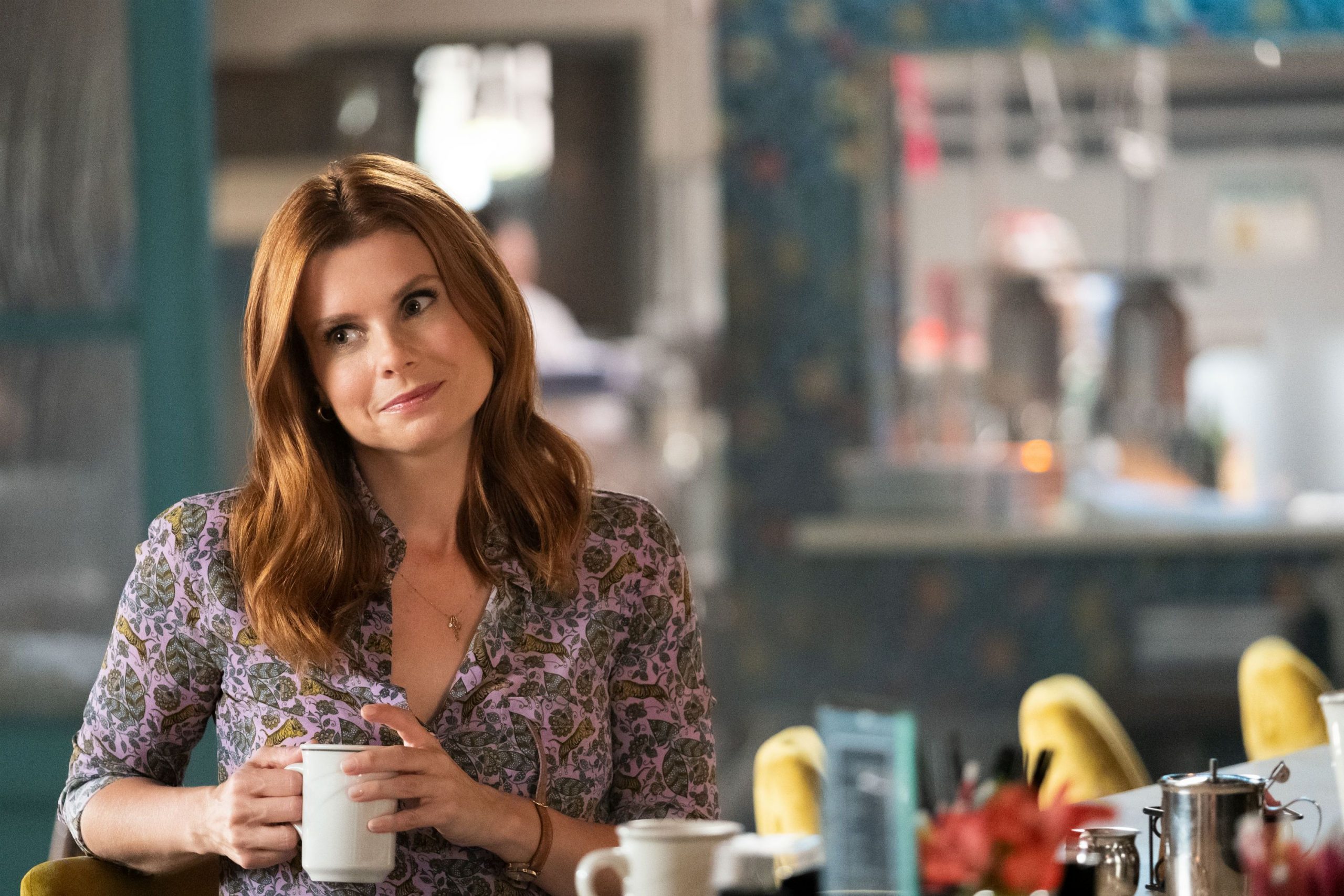 The small town of Serenity, filled with Southern charm and people who know everything about everyone, is one of the main character’s in Netflix’s new Hallmark-esque series Sweet Magnolias.

Based on Sherryl Woods’ novel, the series, starring JoAnna Garcia, focuses on family, friendship, careers, and picking up the pieces for three lifelong 30-something friends who decide to convert an old home into a spa.

Small towns are a huge draw for TV shows, and Serenity has already drawn comparisons to other iconic and quaint towns like Stars Hollow in Gilmore Girls.

However, it should be compared to one supernatural town instead!

While there’s nothing supernatural about Serenity, if you found yourself waiting for a vampire to walk through the town square as Garcia’s Maddie is cooling off after a meeting with her lawyers about a divorce, you’re not alone.

If the town looks eerily familiar (almost like you’ve been there before and lived there your whole life), it’s because you have… well, at least if you’re a CW fan!

Fans of  The Vampire Diaries and Legacies will recognize that Serenity is Mystic Falls!

In that same spot when Maddie comes to terms with the dissolution of her marriage and is consoled by her best friend Helen Decatur (Heather Headley from Chicago Med) on Sweet Magnolias Season 1 Episode 1, we’ve seen Damon and Stefan Salvatore come to blows and the Malivore pit open up.

The episode even gives us a glimpse of Mystic Falls’ Founders Bell.

#SweetMagnolias is set in a fictional town called Serenity. Sheryl Anderson repeated, throughout the shooting of the show, that it was important that everyone might see themselves in Serenity. I like that idea more than ever these days—Serenity not just as a place, but a state of mind. The show drops on #Netflix in just 5 days on May 19.

Serenity and Mystic Falls overlap even further as the restaurant previously known as Mystic Grill (a popular hangout in town for Elena Gilbert and friends) was turned into Sullivan’s, Dana Sue’s (Brooke Elliot from Drop Dead Diva) restaurant!

Mystic Grill is also home to a museum of TV memorabilia and show costumes (and there’s plenty of Mystic Falls TVD fan tours) called The Alley, so it’s likely it will soon feature pieces from Sweet Magnolias.

While Sweet Magnolias was a cute series, it was hard for me to get fully invested because I kept getting thrown off with Mystic Falls being referred to as Serenity! As much as I want to like Serenity, it will always be Mystic Falls in my eyes.

Norman and I doing a little Fosse on set for #SweetMagnolias

A post shared by Sweet Magnolias Netflix (@sweetmagnoliasnetflix) on May 17, 2020 at 3:02pm PDT

Of course, Mystic Falls is a fictional town (though, it’s very real if you ask any TVD fan), set in Convington, GA located about 30 miles from Atlanta.

We’re not surprised Sweet Magnolias used the town as their backdrop — without the vampires, werewolves, witches, and doppelgangers, it truly is charming in that Hallmark kind of way.

If you’re looking for some sweet “comfort food” to pull you away from reality, Sweet Magnolias is definitely your cup of iced tea. 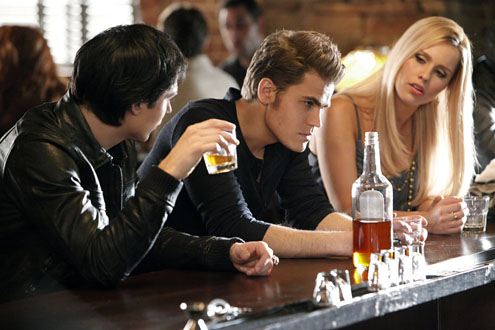 During the WizardWorld-hosted virtual reunion for the cast of The Vampire Diaries, the Salvatore brothers, Ian Somerhalder and Paul Wesley, who played Damon and Stefan Salvatore, respectively, revealed the name of their joint bourbon brand.

The brand is called “Brother’s Bond,” Ian revealed, adding that it pays tribute to the alcoholic drink that bonded their characters on The CW series from 2009 to 2017.

Here it is. Our passion. Our baby. Ladies and gentlemen please meet, Brother’s Bond Bourbon. Time, quality and passion distilled for you and me. We appreciate your support more than you know. If you are 21 years or older in the United States or legal drinking age in your home country please Go to: Brothersbondbourbon.com to sign up. We can’t wait to share with you! Please share this website address with friends and family. Let’s bond. Love, Ian and Paul

“Here it is. Our passion. Our baby,” Ian wrote on Instagram.

“Time, quality, and passion distilled for you and me,” he added adding that anyone over the age of 21 can go to brothersbondbourbon.com to sign up.

The duo announced that they were developing the liquor in September of 2019.  “Can you imagine if the Salvatore brothers had their OWN bourbon? Well, it’s coming! @paulwesley and I have been working our asses off with our incredible team to make this happen,” Ian wrote on Instagram at the time.

During the Twitch stream on May 27, the actors revealed that they’ve been developing the taste from the ground up and ensuring it was smooth and sweet on the palate.

“Every single aspect of this we designed ourselves,” Somerhalder said during the virtual reunion, which also included Steven R. McQueen (Jeremy Gilbert), Zach Roerig (Matt Donovan), and Michael Trevino (Tyler Lockwood), among others.

“This is our baby,” Ian said from his Airstream. He explained that the bourbon is a culmination of their hard work and journey together.

If you were a fan of TVD, you know that bourbon bonded the brothers and defined their kinship. They may have disagreed on a lot, but they always agreed on bourbon.

It’s unclear when the brand will be available in stores, but we’ll update as soon as we find out! 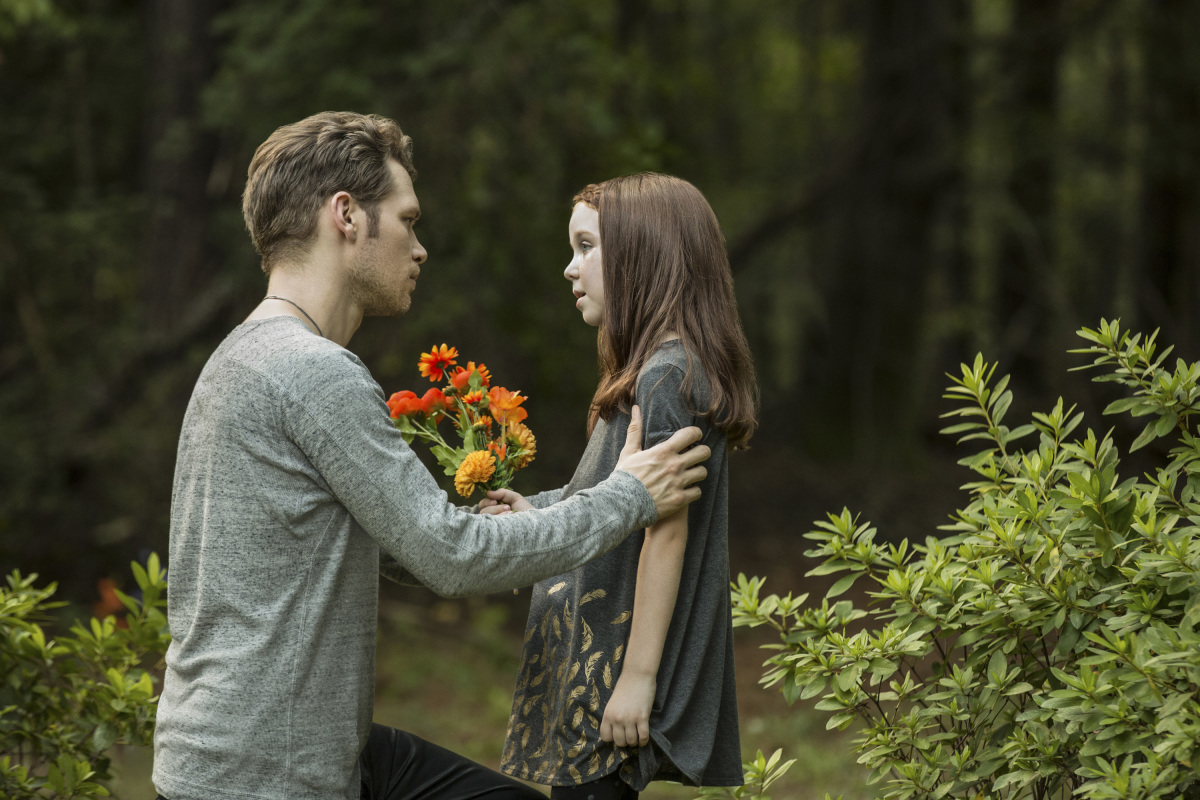 Have you been trying to fill a void since The Vampire Diaries series finale?

It’s almost impossible, although a weekly dose of The Originals is helping.

TVLine reports that The CW is considering another spin-off of the hit show, which would be focused on Hope Mikealson from The Originals.

Hope, Klaus and Hayley’s daughter, is a powerful witch in New Orleans.

However, with the impending threat of The Hollow, Hayley decided that it may be time to send her daughter somewhere safe.

Fans are speculating that this would ensure Hope would head to Mystic Falls to attend Caroline and Alaric’s school for the gifted, which saw a huge contribution from Klaus in the series finale.

The spin-off would most likely jump forward in time, with Hope being a teenager.

Julie Plec, who once said she would be open to another spin-off it the right story came along, seemed to have confirmed the possibility on accident.

“Alaric and Caroline are running the Salvatore School for the Young and Gifted where Hope Mikael–,” she said, before adding quickly: “Shit, never mind.”

Would this spin-off include Caroline? Fans have been shipping her “relationship” with Klaus and this might be the perfect gateway to delivering it, especially because Alaric would probably be old/deceased since he’s a mere mortal.

And that means Hope would be step sisters with Lizzie and Josie Saltzman, also powerful witches and siphoners.

Would you be interested in this spin-off? How incredible is it that we can now focus on a new generation of characters thanks to Damon, Stefan and Elena?