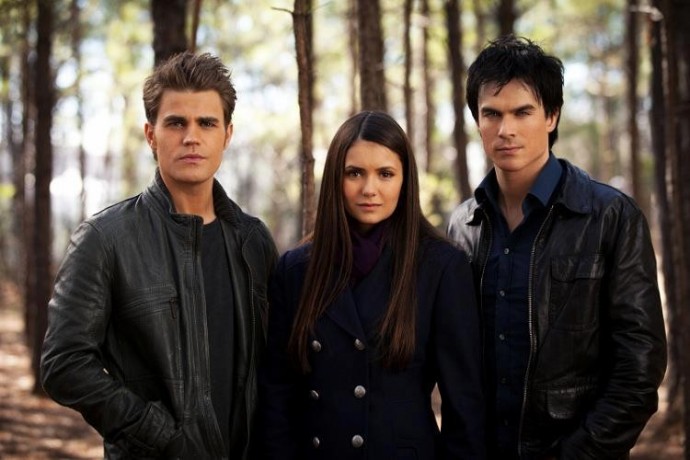 We’re talking about the first extended trailer for season of The Vampire Diaries.

The 10-second teasers, showed us a grieving, drugged up, hallucinating Elena.  Now, we get a further look at Elena, whose dealing with losing Damon. It’s heartbreaking to see her suffer this way without him, but justifies all these years dedicated to shipping Delena. They were perfect for each other. They still are. (Isn’t it kind of funny how this goes along with what Nina might be feeling about Ian’s new relationship? Just saying.) “I want to thank you for giving me everything I ever wanted. A love that consumed me, adventure, passion. There’s nothing more that I could have asked for. Except for it to last forever” Elena says.

Mystic Falls remains human… which is odd, but maybe good for a little while. Things were getting pretty outrageous lately.

We see Caroline worry about Stefan, who left without saying goodbye. He’s busy finding comfort in the arms of some mystery woman… yes, not Caroline TVD’ers.. sorry.

“Tell me something I don’t know about you,” she says. “I’m a vampire,” Stefan replies.

Other things to take notice of?

There is a great nod to the Damon of season 1, feeding on happy couples camping in the woods. Caroline freaks out whens he hears Elena is feeding on people, so this might be fun storyline. Elena is grieving the loss of Damon and turning into Damon at his worse. The one with all the emotions turned off.

We also get a glimpse of Stefan and Caroline and their “reunion” doesn’t look happy. I’m assuming he told her that he isn’t emotionally interested in a relationship, and Car-bear just realized how much she’s actually liked him.

The episode is titled “Move on.” Fitting as that’s what Damon tells Elena to do in her hallucination.

Check it out, right here. TVD premieres Oct. 2 on The CW!