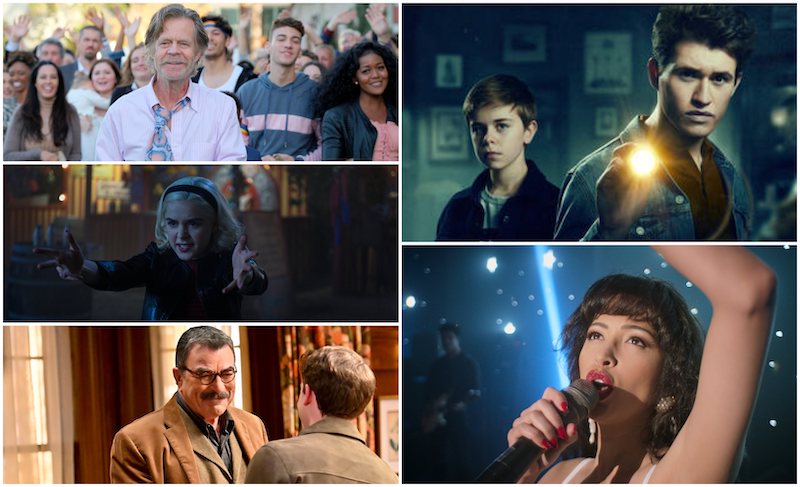 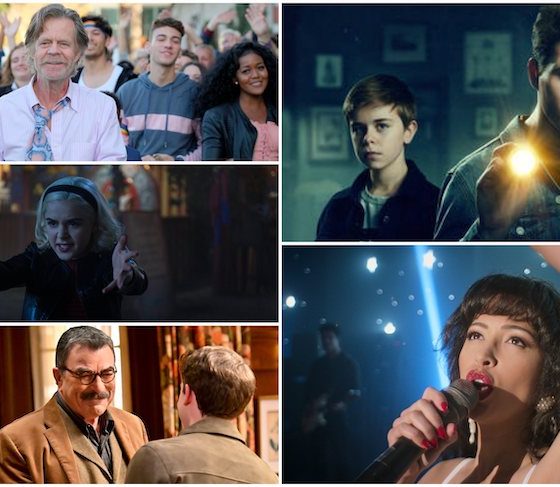 The holidays are upon us and with that, some much-needed time to just sit back and relax with loved ones.

And there’s no better way to bond with others than by watching TV!

Here are all the exciting additions coming to primetime, cable, and streaming in December?

Season 4 returns with a 2-hour season premiere with the team’s potential shakeup. Per the synopsis: “Bravo Team enters enemy territory in the snowy Spin Ghar Mountain Range to capture Al-Hazred, the leader of a terrorist group and son of the terrorist leader that Jason took down early in his career and made him Bravo One.”

The spirit of Selena Quintanilla comes to life in Netflix’s biopic starring Christian Serratos. Re-live the story of the Tejano music and iconic Mexican-American pop star. We interview Madison Taylor-Baez, who plays young Selena in the series. Check it out now.

The Hardy Boys are back… and they’re on the case. To fill the Nancy-Drew sized void in your life, Hulu is rebooting the mystery series that will deliver action packed twists you didn’t see coming!

There’s nothing like getting into the holiday spirit with some tasty treats. The third season of the baking competition finds former bakers competing in holiday-themed challenges.

The trio of veteran CBS dramas returns on the first Friday of the month for season 5, season 3, and season 11, respectively.

The final season (season 11)  is upon us. It’s time to say goodbye to the Gallagher family after nearly 10 years together.

While this isn’t a second season announcement, HBO will air two special episodes bridging the gap between season 1 and 2, which has been halted due to the coronavirus pandemic.

Your heart might grow three sizes when you see Matthew Morrison take on the cynical creature in the theatrical event.

Celebrate the holiday with the cast of HSMTMTS as they sing their favorite joyful songs and recall some holiday memories.

Shondaland is here to give you your next obsession. Shonda Rhimes’ first Netflix show following her transition from ABC is based on the popular best-selling book. It follows eight children of the late Viscount Bridgerton in Regency in the early 1800s England.

The comedy sitcom about the residents of Letterkenny, a small community in Canada, returns for its ninth season!

It’s time to say goodbye to the Spellman clan, but not before one last hurrah. The fourth and final season of the Riverdale spinoff premieres on the final day of 2020. According to the synopsis,”The Eldritch Terrors descend upon Greendale [and] the coven must fight each terrifying threat one-by-one (The Weird, The Returned, The Darkness to name a few), all leading up to… The Void, which is the End of All Things.

Based on the trailer and the fact that Isla Fisher stars in the film, it’s giving me Enchanted vibes, which is a great thing. Jillian Bell stars as Eleanor, an inexperienced fairy godmother-in-training hoping to help Mackenzie Walsh (Fisher).

Ryan Murphy return to the streaming giant with a musical, based on the critically acclaimed 2018 Broadway musical. It follows a star-studded cast (Meryl Streep, Nicole Kidman, Keegan-Michael Key, James Corden and Andrew Rannells) of Broadway stars who visit a small-town in Indiana to help a high school girl named Emma attend to prom with her girlfriend.

Times are bleak, but this post-apocalyptic space thriller hopes that you’ll indulge anyway. It follows George Clooney’s Augustine, a lonely scientist in the Arctic, hoping to contact astronauts to warn them against returning home tp Earth, where a mysterious catastrophe has taken place. Meanwhile, the astronauts, led by Felicity Jones, wonder why contact with Mission Control has seized.

The highly-anticipated Pixar film arrives as a treat from Santa. After its theatrical release was delayed due to the COVID pandemic, the film will hit the streaming service with its star-studded cast of Jamie Foxx, Tina Fey, Daveed Diggs, Phylicia Rashad, Angela Bassett, and Graham Norton. 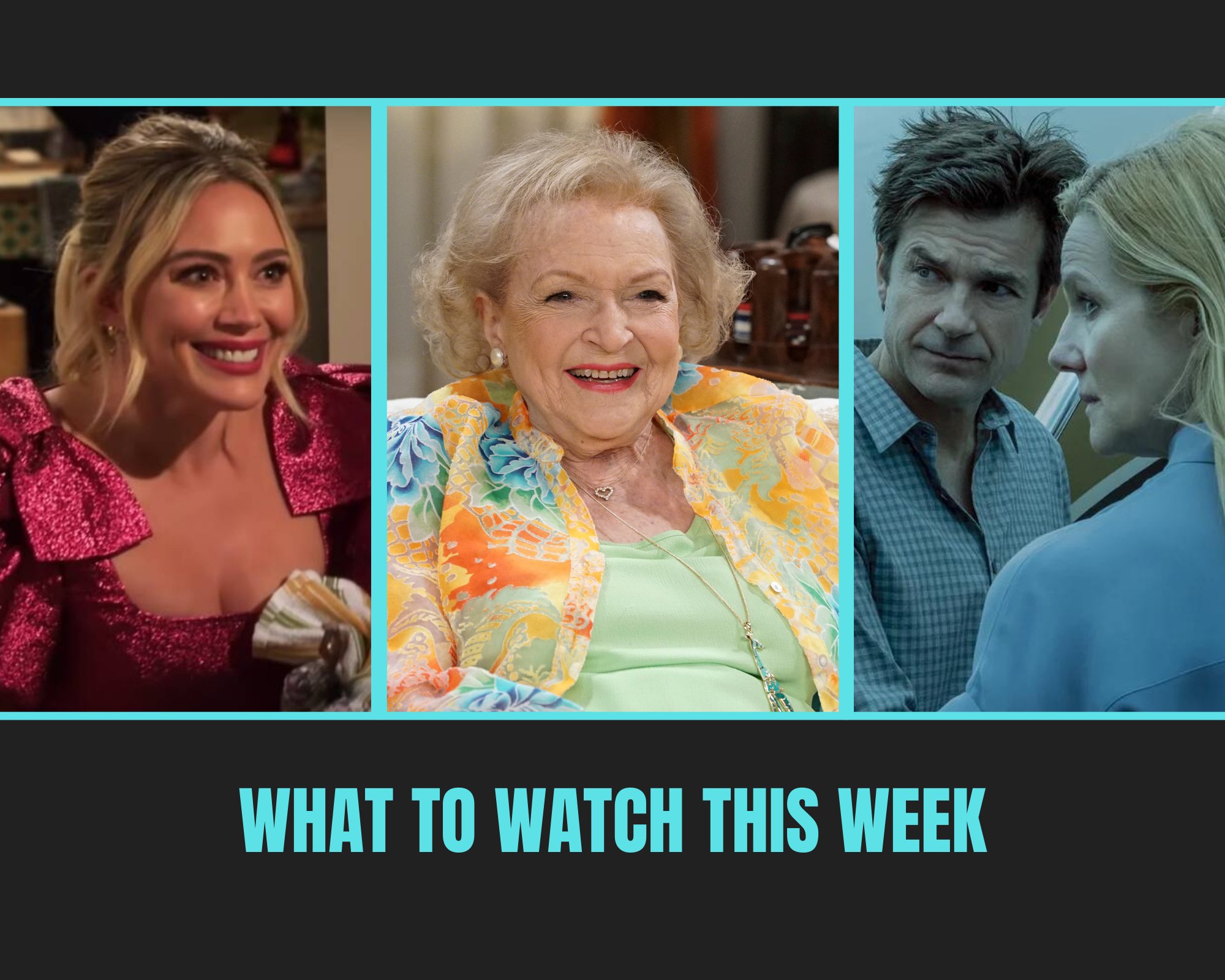 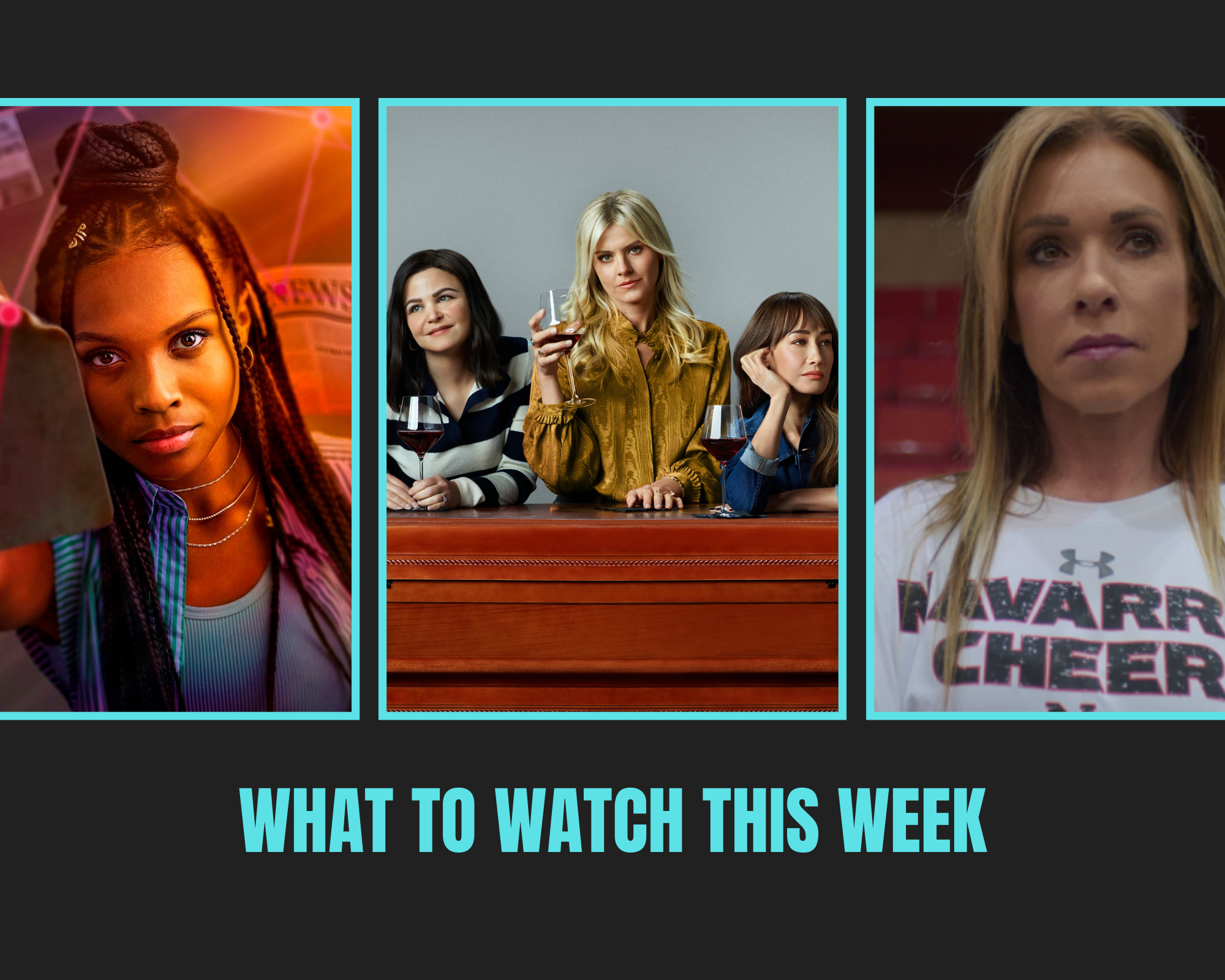 Now that we’ve gotten into a groove for 2022, it’s time to start adding in those TV shows — old and new alike.

Here’s what you want to watch the week of January 9 through January 16 across streaming and broadcast television!

The superhero drama returns for a super second season that finds Lois dealing with the arrival of her daughter from another planet and Superman’s torn loyalty.

A new superhero show lands at The CW with Naomi, a comic-book loving teenager who pursues her hidden destiny when a supernatural event shakes her small town.

A new take on the dating series that took the world by storm in 2003, which finds 18 women dating two men — one who is a millionaire and one who absolutely isn’t. As romances heat up, the women must choose their suitors.

Three childhood friends living in Long Island, N.Y. have to cope with the death of the fourh member of their group. They pivot their reality through a series of questionable decisions. Starring Maggie Q, Ginnifer Goodwin, and Eliza Coupe.

An archivist takes a job restoring damaged videotapes and gets pulled into a mystery involving the missing director and a demonic cult.

January 15, 2022
A food and wine critic falls for a single father after she bumps her head and ends up losing her memory.
Continue Reading