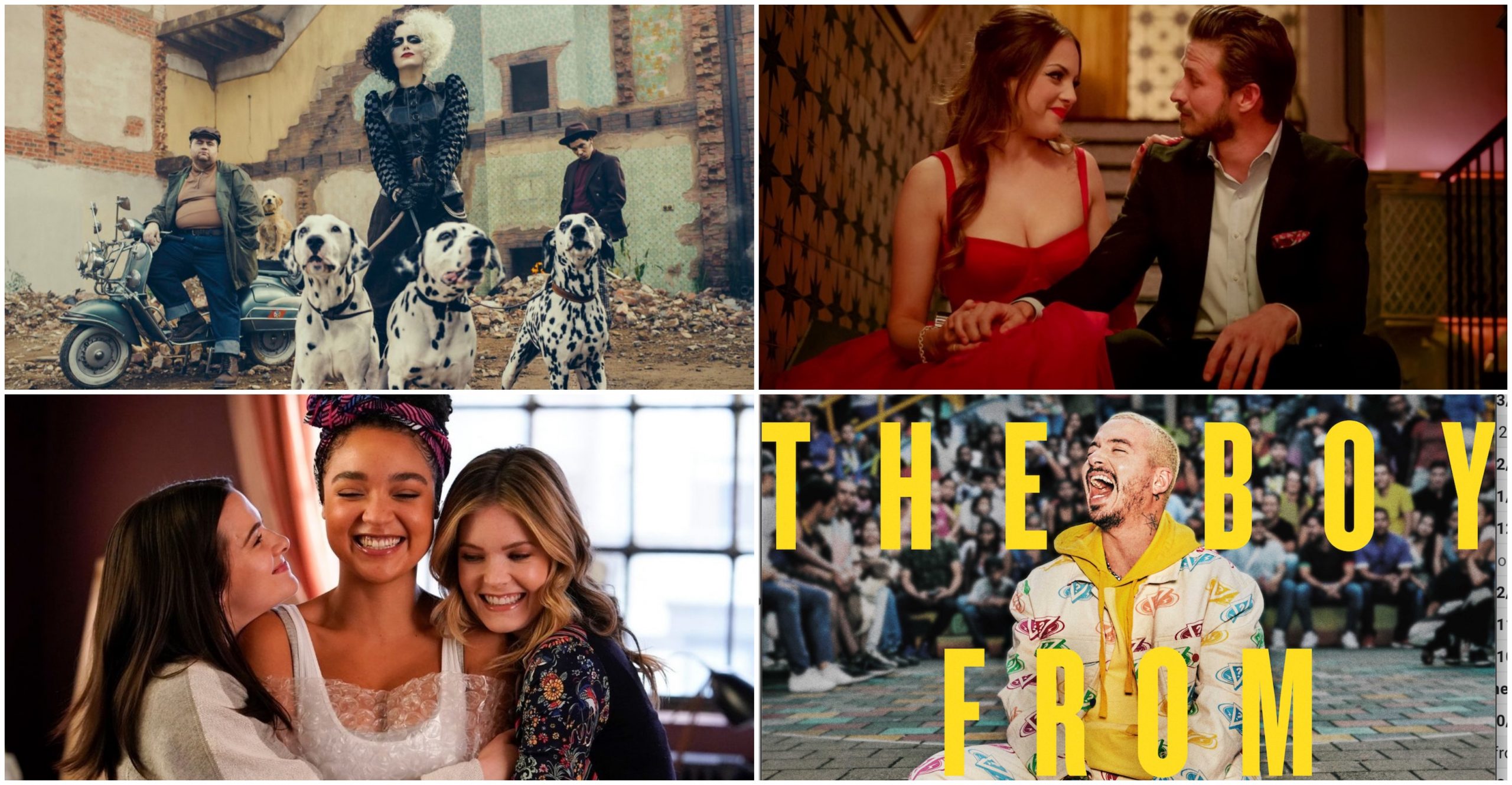 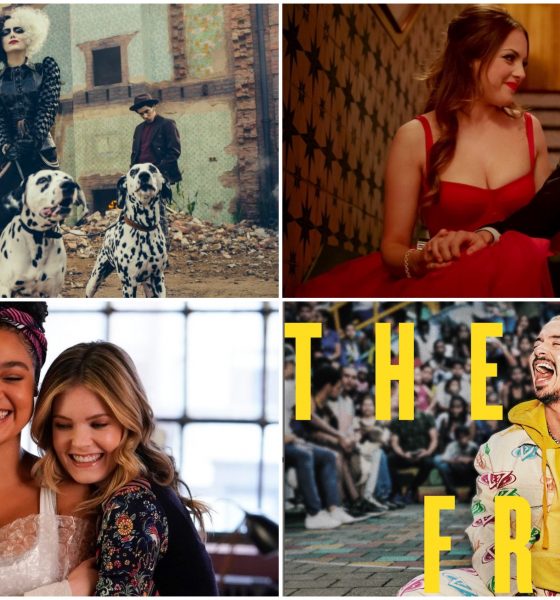 There are a lot of Christmas movies out there, which is why it’s important to make the right choice this holiday season. After all, no one has the time to waste over two+ hours on a bad movie.

At the top of your list should be Hotel for the Holidays, a rom-com that offers a refreshing take on a festive genre that oftentimes lacks creativity simply because the forces behind the scenes know it will make money regardless as everyone longs for a slice of familiarity and comfort around the holidays.

There’s plenty of Christmas magic (it must’ve slipped through the cracks) in Hotel for the Holidays, and it sneaks up on you—and Madelaine Petsch’s character, Georgia—in the best possible way. It’s Amazon Freevee’s first original holiday flick, and hopefully, not the last.

The plot is rather simple on the surface, but it isn’t predictable as with other holiday rom-coms.

Here’s the gist: Georgia is a young and ambitious hotel manager at the historic Hotel Fontaine (it gives The Plaza Hotel vibes from Home Alone 2), which attracts an eclectic bunch of guests, including some heartbroken singles, an infamous popstar, a European ex-prince looking for a taste of the real world, and more. They all arrive in New York City for the holidays looking for an escape from the norm, and Georgia is determined to give it to them. However, she also has her own plans and goals that get her into a bit of a love triangle with the hotel’s chef, Luke (Mesa Massoud from the live-action Aladdin), and the ex-prince, Raymond (Max Lloyd Jones from Book of Boba Fett). It also stars Kayleigh Shikanai (American Gods) as Pandora, Jami Belushi (According to Jim) as Kiki, Neil Crone (It) as Milton, and Jayne Eastwood (My Big Fat Greek Wedding) as Florence. 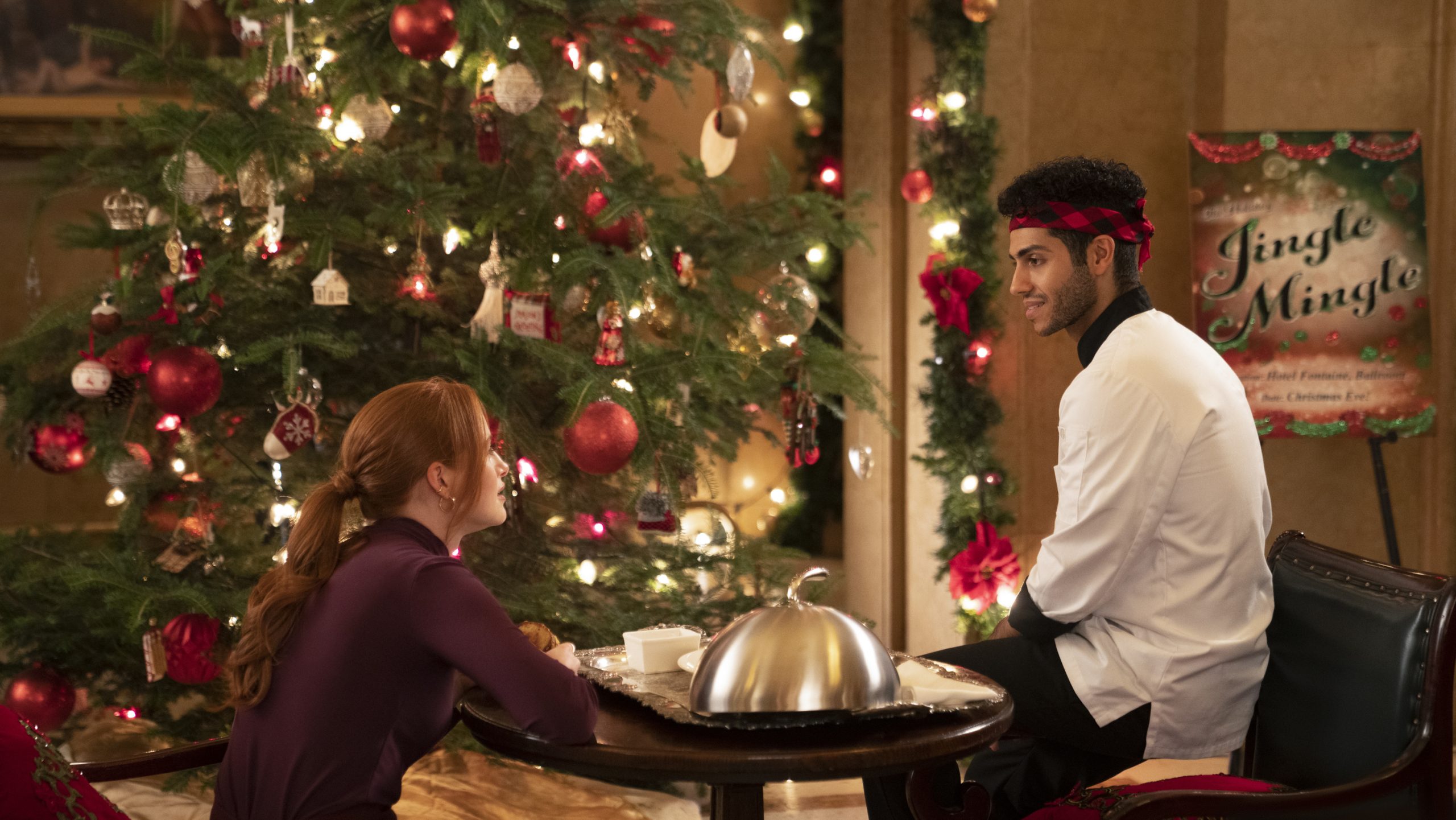 Pretty early into the film, it’s obvious how Georgia’s romantic life will resolve itself, which allows the film to dig into other captivating subplots that are positively unexpected. Unlike other holiday films, Georgia values herself beyond a romantic partner, which, right off the bat, is a breath of fresh air.

The supporting cast plays an integral part in the film, right down to the chef’s best friend/fellow chef and the janitorial staff. They may not be the sole focus of the series, but the team behind the rom-com found a way to involve them in a way that’s natural and easy to keep up with. Pretty soon, you find yourself rooting for the happiness of everyone at Hotel Fontaine—the staff and the guests.

The acting is also great. It’s just the right amount of feel-good so it never feels forced, nor do the character’s choices seem questionable. It’s all believable within the world they’ve created, aside from the scene where they are dining on a rooftop in the dead of a New York City winter without jackets or even sweaters. How are they not cold? As for the few over-the-top performances and characters, well, they also work—the prince’s bodyguard (AJ Zoldy) is a delight.

If I’m being perfectly honest, the magical thing about the film is that it’s a love letter to the community of people you surround yourself with: your found family.

The film doesn’t just settle for telling a story about two people who finally admit that they love each other because that’s tired and expected. Instead, it recognizes that romance comes in all shapes and sizes—in romantic partners, in co-workers, in friends, and even in new acquaintances that pass through your life for a brief moment (or stay awhile). 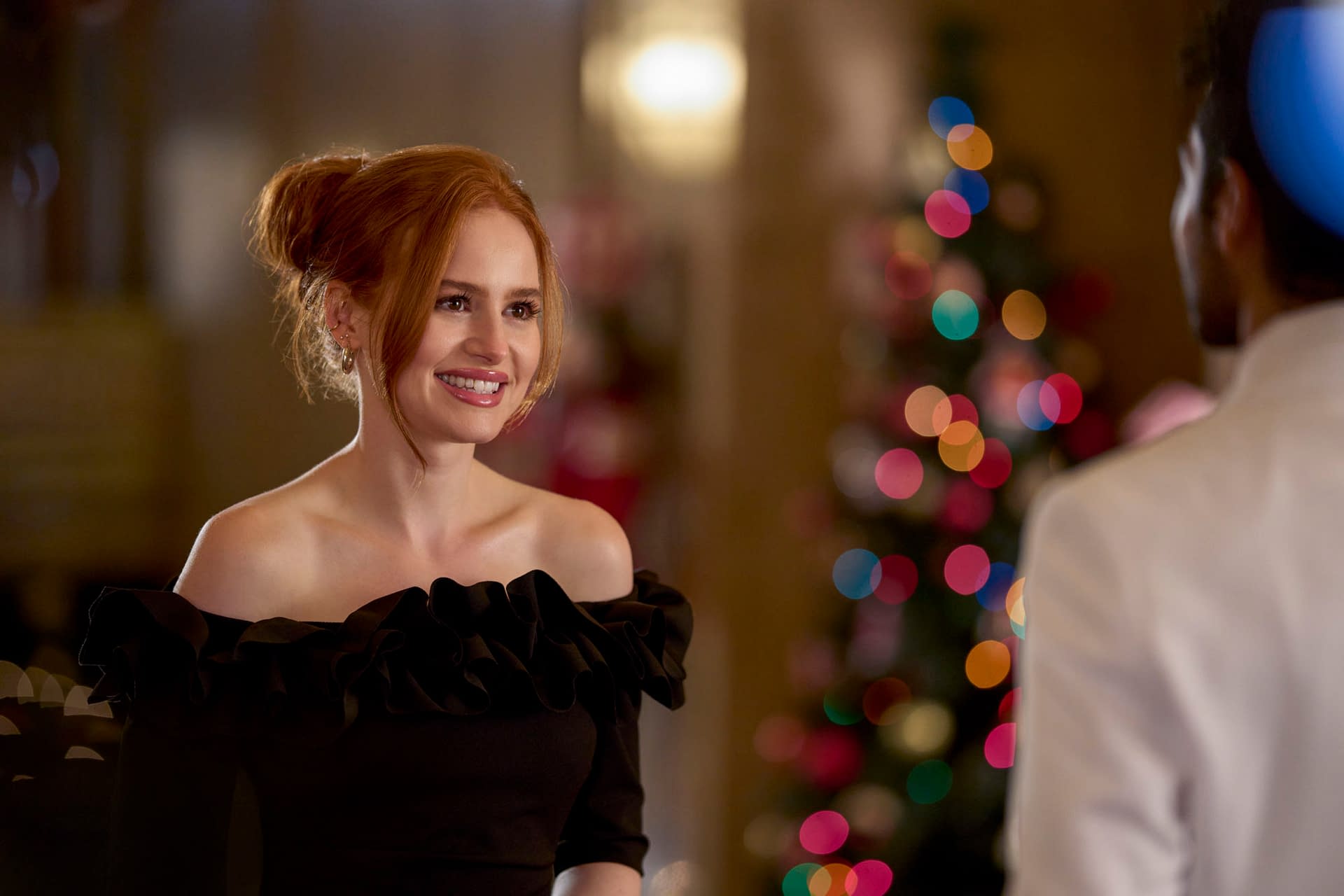 The storylines come together seamlessly, and the themes of belonging and acceptance—in addition to staying true to yourself, finding the inspiration to pursue your goals and ambitions, and acknowledging that it’s ok to move and find happiness on your own terms, even if it doesn’t always please everyone—help the film stand out among the other cliche seasonal offerings.

Most importantly, Petsch shines… and it’s so deserved. The film allows her to show off her range of acting chops that, sadly, get stifled on Riverdale. The CW series may have been her mainstream big break, but it stopped working in her favor a long time ago, so it’s exciting to see her take on new projects and characters.

Of all the Christmas films that I’ve seen in 2022 thus far, Hotel for the Holidays is one of the best.

Check it out for yourself when it premieres on Dec. 2 on Amazon’s Freevee.

Where Was ‘Falling for Christmas’ Filmed?