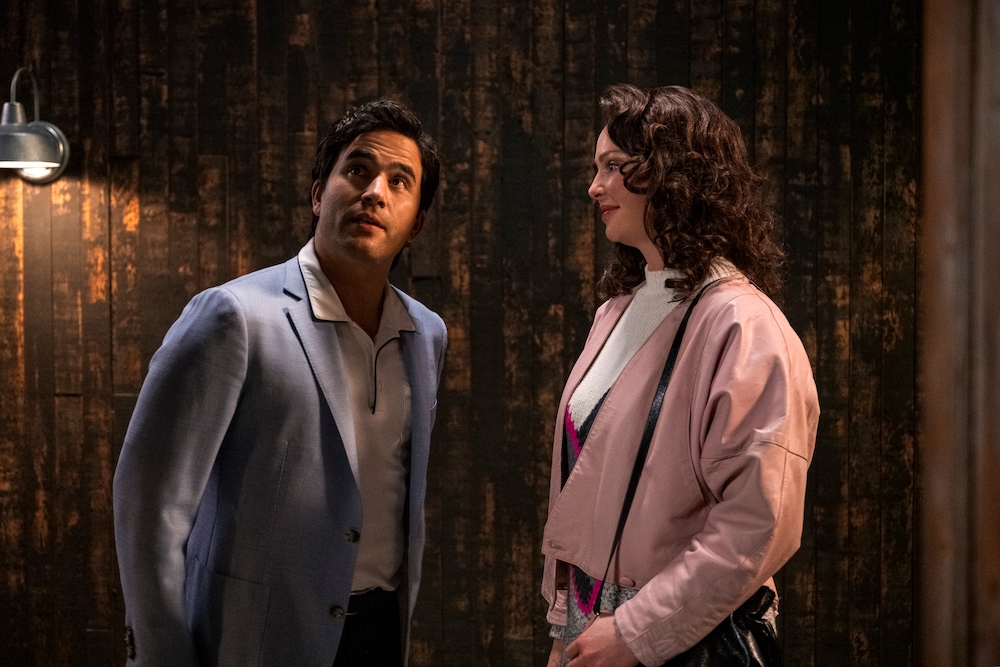 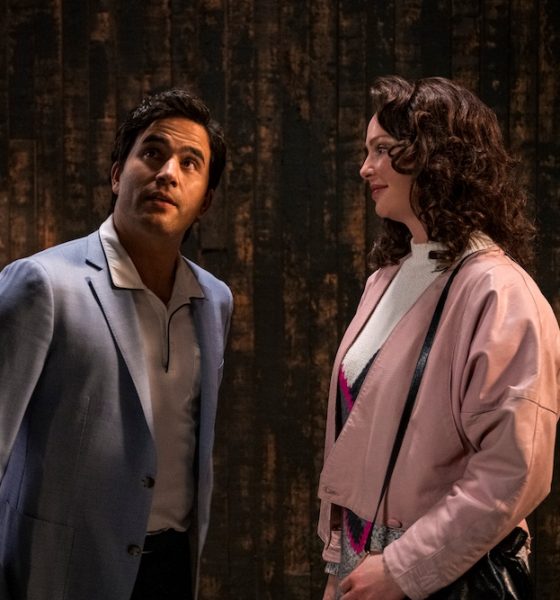 Who Does Tully Marry on ‘Firefly Lane’?

Firefly Lane Season 2 Part 1 has hooked fans, but it’s the “special teaser” at the conclusion of episode 9 that really has everyone talking.

While the episode ended with Tully and Kate not on speaking terms, the clip from the second half of the final season jumps 10 years into the future, a timeline we haven’t yet visited.

And the clip is raising a lot of eyebrows as it seems to take place at Tully’s (Katherine Heigl) wedding.

Fans are all rooting for Tully to finally find love and settle down, but the specific clip is cut in a way that almost suggests that Tully is marrying Johnny (Ben Lawson), Kate’s (Sarah Chalke) husband.

In the final moments of episode 9, Kate is diagnosed with Stage 3 breast cancer, which forces her to reach out to make amends with Tully. Unfortunately, she misses her by seconds as Tully leaves her penthouse sweet to catch a flight to Antarctica on an assignment.

The wedding snippet features Tully getting her makeup done, while Johnny and Sean, Kate’s brother, stand in front of the altar. Johnny looks rather anxious as he informs Sean that he’ll be fine once the bride shows up. Kate isn’t anywhere in sight, which may lead some to believe that she’s no longer alive.

The book may offer some insight into the upcoming nuptials—though, keep in mind, the show and the book vary slightly.

While it’s unclear if Kate is still alive in the 10-year flash forward, in the books, she writes Tully a letter asking her to help Johnny raise the kids. She even notes that she’s fine if the two end up together. “I know you’ll be thinking that I left you, but it’s not true. All you have to do is remember Firefly Lane, and you’ll find me. There will always be a TullyandKate,” Kate writes, per Oprah Daily.

This might lead some to believe that Tully is marrying Johnny in the show, however, it’s important to note that they do not get married in the book, nor do they get into a relationship. She does, however, make good on her promise and helps him raise the children while dealing with some personal struggles.

So, if it’s not Johnny, why is he so nervous? It’s possible he just wants Tully to get this right. And it could very well be that the groom is Danny (Ignacio Serrichio), their former KPOC colleague and the one that got away.

The former couple split up because of career ambitions, and as fate would have it, years down the line, they ended up being penthouse neighbors and good friends. Danny, however, had a girlfriend, who even spent the holidays with Tully, so they remained good friends. Still, there was always an unspoken bond between Danny and Tully.

In the final moments of episode 9, before she jets off to Antarctica, Danny shows up to say goodbye and tells her that he’s always thinking about her, indicating that there are definitely still feelings on his part.

Tully is a professional, so she doesn’t let the comment shake her, but I imagine that finding out your best friend has cancer might give her a new perspective on life—it’s too short, and you should follow your heart. From what I’ve seen, her heart has always pined for Danny all the years, so if I had to bet my money on it, I would say he’s the one she’s marrying in the flash forward,

As they say, better late than never.

Unfortunately, until Firefly Lane Season 2 Part 2 premieres on June 8, 2023, we won’t know the answer for certain.

Related Topics:NetflixFirefly Lane
Up Next

The Santa Clauses Season Finale Review – A Christmas to Remember (106)

Will There Be a Season 3 of ‘Firefly Lane’? 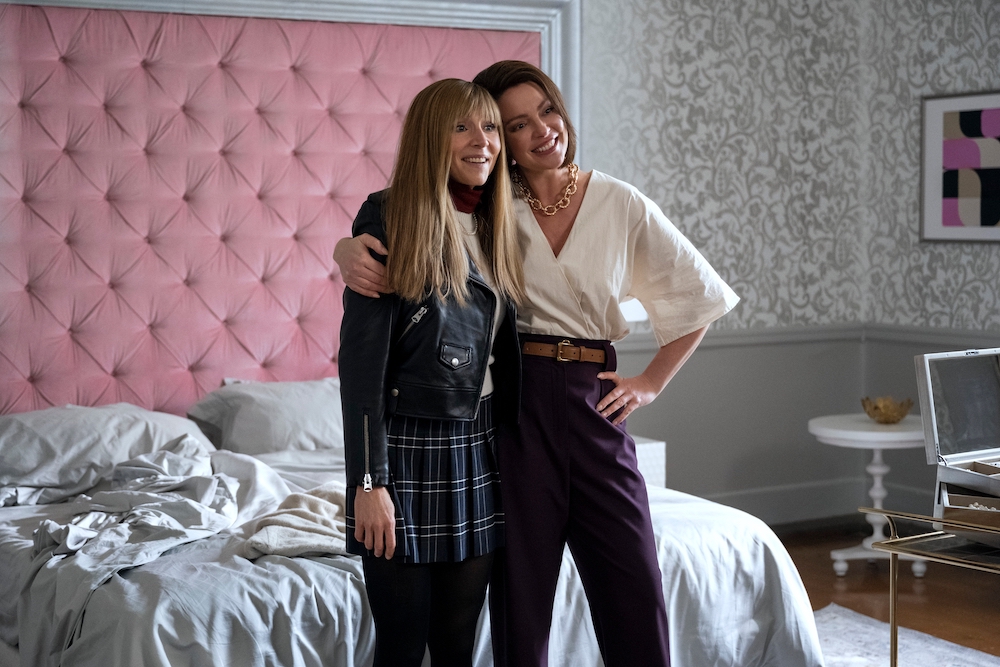 Since Firefly Lane recently aired its second season, many fans have been wondering whether or not the series about two best friends, Tully Hart (Katherine Heigl) and Kate Mularkey (Sarah Chalke), will return for a third season.

Unfortunately, Netflix announced that the second will be the last, meaning that a third season will not be happening.

However, there is some good news on the horizon.

Even though Firefly Lane will end with a second season, it will be a supersized season with a total of 16 episodes.

In a way, it kind of feels like there are three seasons because of the months-long hiatus between the two parts of the second season.

The first half, Firefly Lane Season 2 Part 1, ended on quite a cliffhanger with Kate learning that she has stage 3 breast cancer. As she attempted to reach out to her longtime bestie to find comfort and make amends, she missed her by mere moments, as Tully accepted a job in Antarctica and left for the airport. The two have been on the outs for a few months following an accident involving Kate’s daughter Mara (Yael Yurman) and Tully.

It’s unclear how the adventure of these two best friends will conclude, but Netflix did leave fans with a bit of a teaser that brings the narrative into the present-day—10 years into the future—to Tully’s wedding day. Kate is nowhere in sight, leaving some fans to wonder if she didn’t survive, while an anxious Johnny (Ben Lawson) waits near the altar with Kate’s brother, leading some fans to theorize that Johnny and Tully are getting married.

We’ll have to wait and see how it all pans out when the second half of the season drops this summer!

Does Kate Die on ‘Firefly Lane’? 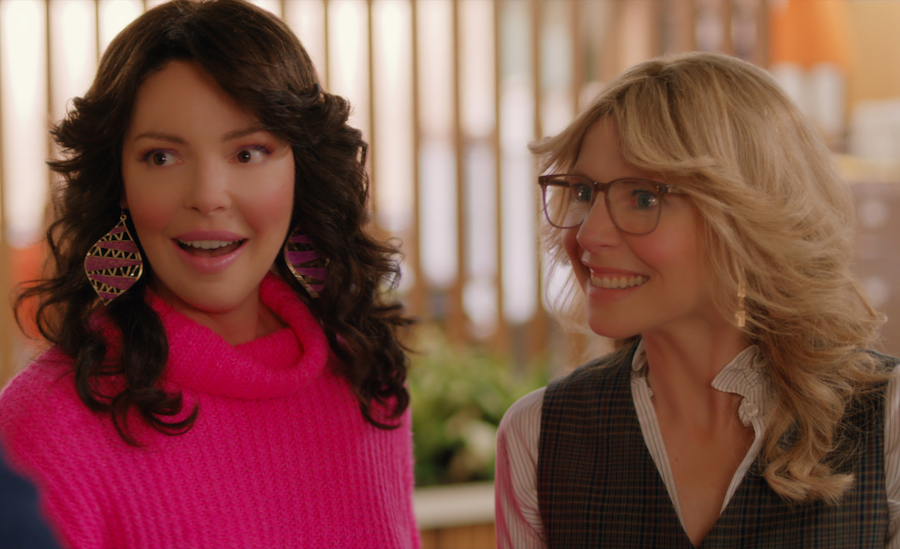 Firefly Lane Season 2 Part 1 ended on quite a devastating cliffhanger.

After being diagnosed with stage 3 breast cancer during a doctor’s visit, Kate Mularkey (Sarah Chalke) bolted to Tully Hart’s (Katherine Heigl) penthouse apartment to seek out comfort and make amends. The former best friends were not on speaking terms at the time, but the soul-crushing news forced Kate to reach out to the only person she’s ever trusted. Sadly, they missed each other by mere moments—as Kate got off the elevator to visit her friend, Tully got on the elevator with her bags to hop on a plane for a months-long assignment in Antarctica.

The Netflix drama is based on Kristin Hannah’s novel of the same name, so if you’ve read the book, there’s a good chance you know how this is going to end. That being said, the series has also deviated from the book on occasion, so it’s possible that the events won’t pan out in the same way, leaving fans on their toes and in for a wild ride.

In Firefly Lane Season 2 Episode 9, Kate is told she has a “rare and very aggressive” form of breast cancer, which doesn’t bode well for the character regardless of what happens in the book. Life expectancy and survival rates are improving all the time, and Kate does have a solid support system, so selfishly, we hope she makes it out.

Spoiler—in the novel, Kate does die from the disease, with fans getting to see Tully pick up the pieces and try to be there for Kate’s family, including her daughter Mara (Yael Yurman) and her significant other, Johnny Ryan (Ben Lawson).

Again, it’s unclear if that’s what will happen in the Netflix series as well.

Netflix gave fans a quick preview into Part 2, which seemed to cause even more confusion.

The 10-year flash-forward scene seems to take place at Tully’s wedding—and it definitely looks as though Tully is marrying Johnny, which would indicate that Kate died.

The wedding snippet features Tully getting her makeup done, while Johnny and Sean, Kate’s brother, stand in front of the altar. Johnny looks rather anxious as he informs Sean that he’ll be fine once the bride shows up. Kate isn’t anywhere in sight, which may lead some to believe that she’s no longer alive.

While it’s unclear if Kate is still alive in the flash forward, she does give Johnny and Tully the a-okay to get married in the books. Prior to her death, she writes Tully a letter asking her to help Johnny raise the kids. She even notes that she’s fine if the two end up together. “I know you’ll be thinking that I left you, but it’s not true. All you have to do is remember Firefly Lane, and you’ll find me. There will always be a TullyandKate,” Kate writes, per Oprah Daily.

Only time—and the final season—will tell how Kate’s story will end.  Find out our theories on who Tully might be marrying.

What Did Tully Do to Kate on ‘Firefly Lane’? 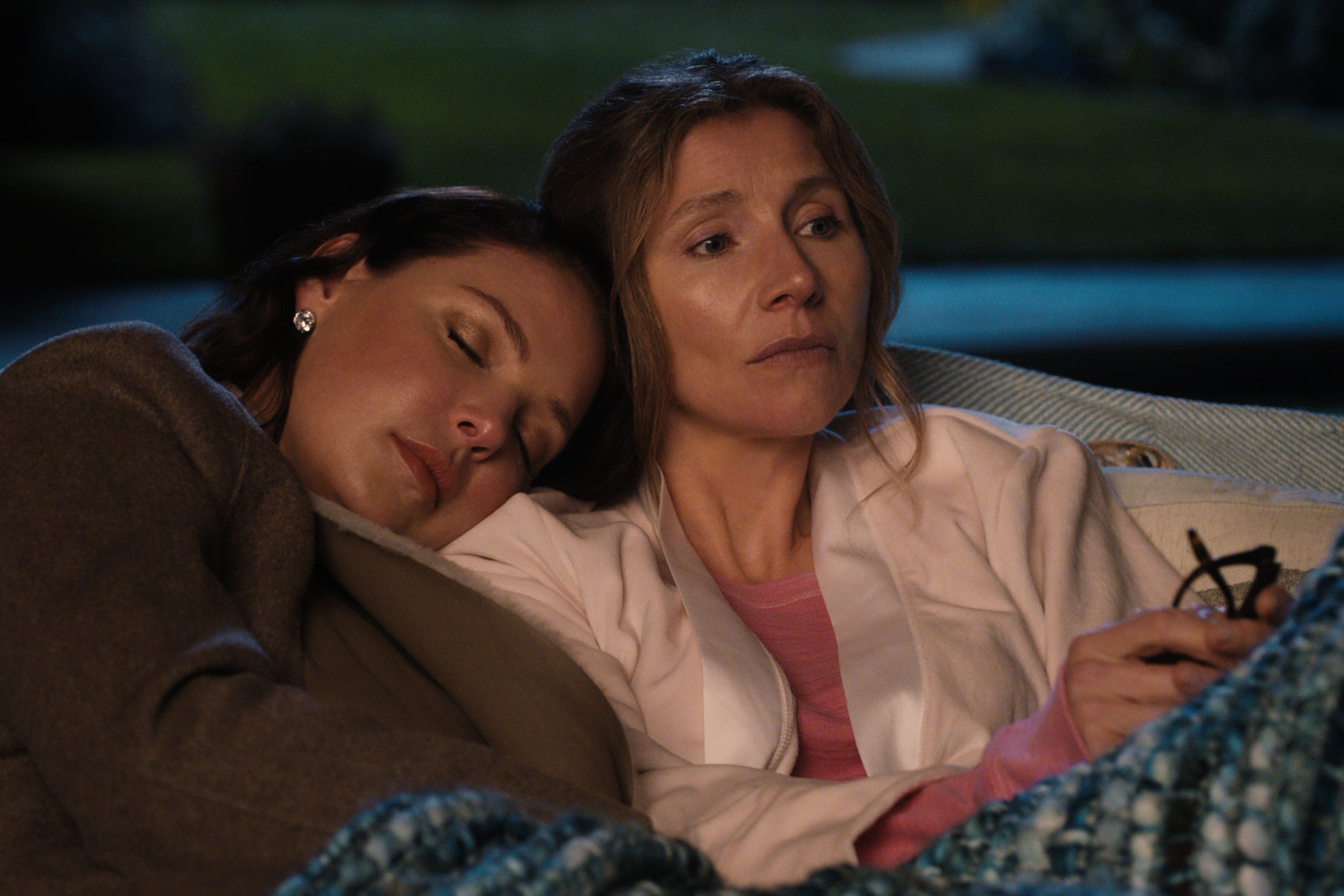 At the end of Firefly Lane Season 1, it’s revealed that Tully and Kate had a huge falling out. When Tully arrives at Bud’s (Kate’s father) funeral, it’s clear that they haven’t been on speaking terms for a bit, and the cliffhanger leaves fans wondering what could have led to the demise of such a strong, decades-long friendship.

The fallout is addressed in Firefly Lane Season 2 Part 1, which debuted on Netflix on Friday, December 2, 2022. It’s revealed halfway through the season that Tully and Mara—Kate and Johnny’s daughter—were involved in a pretty bad car accident. Tully took Mara for a sleepover to give Kate and Johnny, who just rekindled their romance following the divorce, a night alone. Kate made it clear that Mara was grounded, but Tully gave in and let her goddaughter go out for a movie with her crush. Unfortunately, the crush dragged Mara to a college party and left her there alone, which is when some guy tried to make a move on her. Mara hid out in the closet and called Tully, beginning to be picked up.

Tully, who had been drinking wine throughout the evening, was reminded of her own sexual assault when she was Mara’s age, so she immediately dropped everything and went to get her.

Unfortunately, on their way back, a car ran a red light and T-boned them. While Tully was not at fault for the accident, since she was driving drunk, Kate blamed her regardless and shut her out of her life.

Even when Mara reached out to Tully and managed to get them together in the same room, Kate said she couldn’t trust her anymore, nor could she forgive her, and the duo went their separate ways.

Firefly Lane Season 2 Part 2, which will be the final installment of the series, is set to premiere on June 8, 2023.