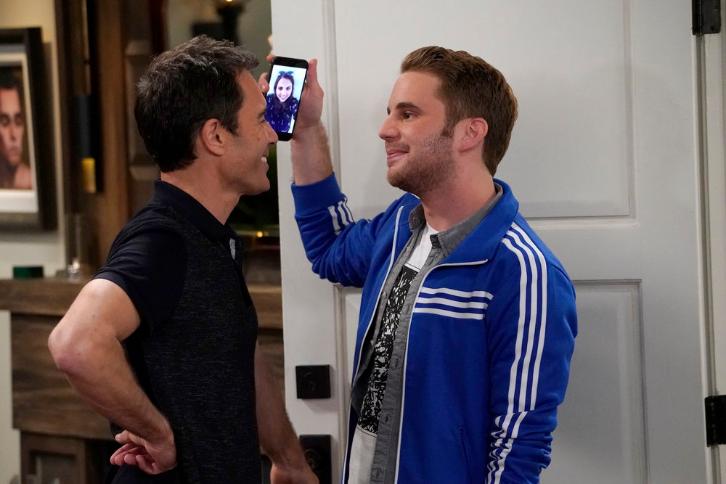 After last week’s political premiere, jam-packed with Cheeto-sized Trump jokes, this episode was a breath of fresh air.

It also reminded me why I loved Will & Grace so much to begin with.

And it addressed the elephant in the room – they’ve aged, we’ve aged.

So much of the first episode was about trying to pretend that everything was still the same; that no time had passed. But that isn’t true and that’s not necessarily a bad thing.

For starters, these four are like a fine wine, they get better with age. But secondly, when Will & Grace made its debut in 1998 it was groundbreaking. Two GAY men spearheading a television series was unheard of. And yet it worked. It changed the landscape of television and paved the way for gay characters to the point that now when the series returns, the gay factor doesn’t make it as special as the friendships that they’ve built over the years.

And so as Jack and Will head out to find some millenial dates to prove that they “still got it,” the writers find a way to address all the progress we’ve made. Jack is called a “daddy,” which sends him on a spiral of trying to make himself appear youthful. Of course, it backfires completely providing a ton of comedic moments for anyone who has ever feared fine lines and wrinkles.

Will on the other hand scores a hot date with a 23-year-old but his joy quickly fades into astonishment when he realizes Blake doesn’t appreciate the gay movement at all. Or homemade dinners in an intimate setting. Instead of a hot hook-up, which Blake thought he came for, Will launches into a gay history lecture that includes everything from “tired Madonna” to explaining that “fagasaurus” doesn’t exist to the difference between Stonewall and Stonehedge.

Even though Will is baffled that Blake never had a hard coming out, was bullied for being gay or had to fight for his rights, it’s a telling moment of how far we’ve come since that 98 premiere. The millennial generation has its share of problems and still, not everyone approves of gay relationship and gay marriage, but it is significantly better than it was.  It’s more common, more talked about, more widely accepted and oftentimes even encouraged. This is a victory moment for the series teaching younger generations how far and how much the LGBTQ community has accomplished in such a short time and how much this series has helped shape that.

And it continues to bring gay culture to a wide-spread audience in a way that’s fun and lively and nostalgic of the series we once loved.

Karen and Grace were on the backburner during much of this episode after getting trapped in Karen’s automatic shower, which she reprogrammed with keywords. I couldn’t understand why they didn’t just squeeze through the little opening at the top or why they didn’t call in any of Karen’s numerous workers for help. Still, it was nice to see these two bond and for Grace to admit that she loves Karen and couldn’t do what she does without her. That love withered a bit when she realized Karen’s safe word during sex was her name, “Grace Adler.”

If Will & Grace keeps delivering these gems, punchlines and fantastic dance sessions between Jack and Will that bring out the queen in all of us, this reboot will be a smashing success. 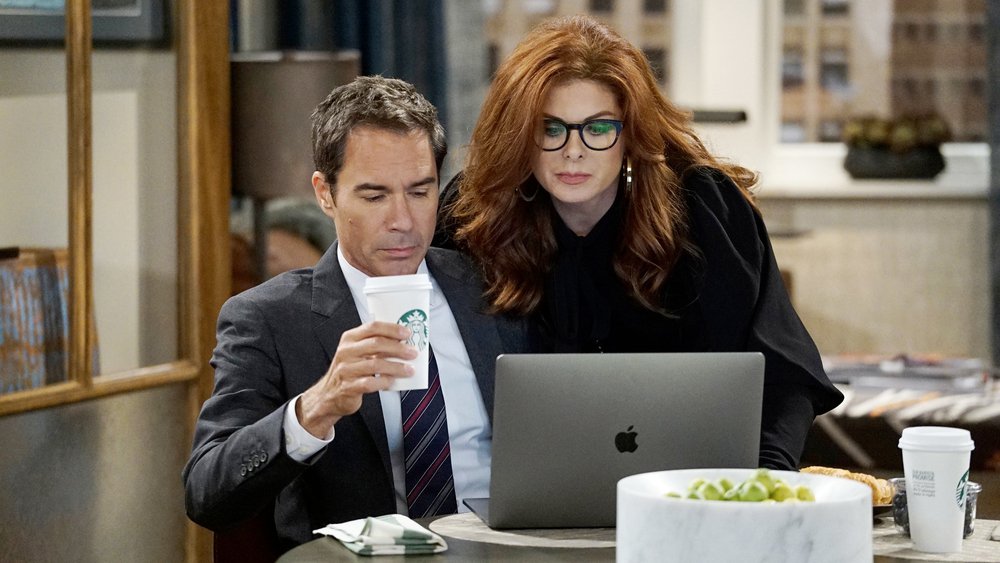 Will & Grace premiered years ago and while the TV landscape has changed vastly, Will, Grace, Jack and Karen haven’t skipped a bit.

The idea to bring back the series after it’s OG finale in 2006 comes as a lovechild of the “revive anything that still has an audience” mentality.

Times have changed and the series, which is relying heavily on the nostalgia factor, isn’t groundbreaking anymore.

Will isn’t the first openly gay man to lead a TV series. But it still works, for the most part, if you measure success by how many people tuned in for the premiere – roughly 10.2 million.

The core cast made a comeback fully swinging with political jokes and Trump jabs.

In a world where politics rarely draws a laugh, or rather draws too many laughs on behalf of the President, the jokes were almost refreshing: Grace literally pulled out a bag of Cheetos to compare skin-tone to drapery, Karen sat on the presidential couch just like Kelly Anne Conway and they even “gave” Trump a “Make American Gay Again” hat.

You can’t say the political tone comes out of nowhere considering the whole idea of a revival came from their Anti-Trump short during election season.

Still, while most of the characters are bashing Trump, he is Karen’s “guy.” And in portraying the very rich and out-of-touch staunch Trump support, she’s actually making fun of the people who voted for him. And of course, she’s friends with Melania, which is how she got Grace a gig redecorating the Oval office.

Grace has a bit of an inner conflict with herself on whether or not she should accept the off. She’s against everything he believes in but it’s such a great honor. Although I’d probably assume she’d lose a lot of business if her fans and customers found out she sold herself out for a project.

That’s exactly what Will did but his intentions weren’t as noble. He literally went to Washington with Jack because he was crushing on a politician, one whose legislatures he completely disagreed with.
The revival, prematurely renewed for a second season, had that natural ease about it. You could see that these people felt comfortable working with each other and the chemistry never wavered during their time apart. Aside from the topical jokes, the pop-culture references, and the smartphone upgrades, you easily assume you were watching a rerun. Even Jack is using Tinder!
Still, there were a few jokes that fell short, felt stale and forced. The Trump jokes, while effective, oftentimes felt like they were straining for relevance. With such a devoted audience, they didn’t have to try so hard to be liked or for people to laugh at the jokes. We liked you then, we like you now!
As for that series finale ending that saw their Will & Graces children meeting and marrying each other, well, it never happened. The writers deployed one of the oldest tricks in the book and turned it into Karen’s booze-infused dream.
And maybe that’s for the best because as Karen put it, “no one wanted to you two to raise children.”
Will & Grace always worked because, at its core, it was about two friends who lived with each other and tried to navigate this thing called life. That said, the revival will work because it sticks to the premise – Will is still a gay lawyer, Grace still lives with him because she’s going through a divorce, Karen still drinks and insults everything and Jack is still serial dating. See, nothing’s changed.
Is there a need for new episodes? If only to fill the nostalgia. Are we complaining? Nope. It was all worth it just to see Karen “honk” Grace’s boobs again. And see a few familiar faces.
Will you be tuning in for a second episode? Did Will & Grace waltz right back into your life… and heart?
Continue Reading