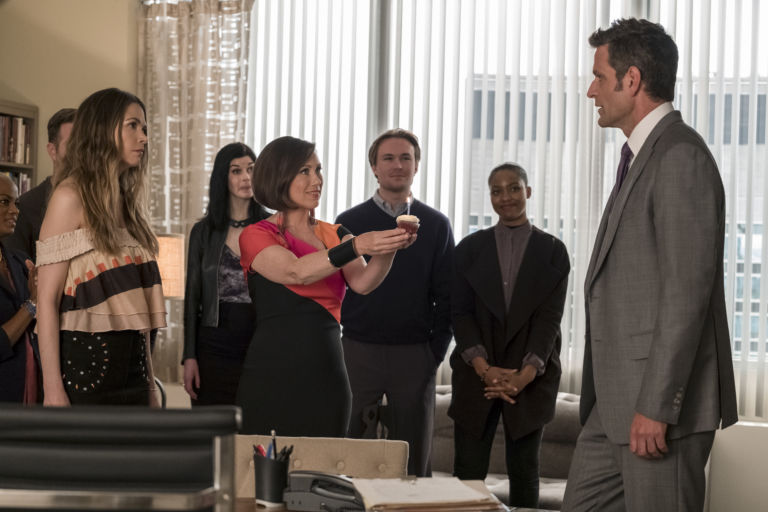 The tension on Younger could be cut with a knife this week.

If you think about it, the episodes have been building up to this very explosive, jaw-dropping and fairytale-ish moment between Liza and Charles. Seriously, what woman doesn’t want her hunk of a boss to yell at her for dating someone other than him? Okay… I admit, it sounds a lot less sexy than it was portrayed on the screen.

Basically, Charles has been keeping his feelings bottled up since the kiss that rocked Liza’s whole world. She’s been stealing wanting glances his way occasionally but for the most part, she’s been too preoccupied with Kelsey finding out her real age, her big ugly breakup with Josh and her daughter’s appendix bursting. A lot’s been happening so finally, when sh*t hit the fan, it went flying everywhere.

Things at Empirical have been kind of rocky and that’s part of the reason for Charles’ outburst. Money problems equals a tense boss. Then, to make things worse, Kelsey was involved with a viral Twitter feud with Zane and while she thought it was completely innocent and good for publicity, it ended up costing her Empirical’s biggest writer, L.P Moore. A sinking publishing house losing their moneymaker? Not good for business. At this point, no amount of puppy books will save the situation. Although really, how did two brilliant minds behind Millenium really not realize that a book about a dog would be a massive success? Have they not heard of Doug the Pug? He should totally guest star on the show after this.

And all of this on Charles’ birthday! When Liza saw how angry Charles was and how upset Kelsey was – it wasn’t just her job on the line, her heart was broken too – she went over to give her boss a piece of her mind. Why was he being so mad and making such rash decisions without finding out the truth? Charles tried to write it off as a business issue but in the heat of the moment, came the word vomit – he was angry that Liza was seeing a 40-year-old man in the publishing world and it wasn’t him.

The man Charles is referring to is Jay, the book editor she met during the wilderness retreat who offered her a job running his publishing houses’ imprint. And while the dinner date definitely didn’t look innocent considering his history of dating younger women, it was actually the total opposite of romantic – Liza was coming clean about being in her 40s after he heard Caitlyn call her “mom.” Even more surprising is that Jay was totally “cool with it”, even promising to keep Liza’s secret, not blackmail her with it (we’ll see about that…) and even told her to avoid telling her boss because it would create a scandal.

At this point, I think Jay’s right. Charles is already so frustrated, can you imagine how he would react if he found out Liza is actually his age and has been lying to him this whole time? But knowing how honest she is and how this is eating her up inside, it’ll eventually happen and we’re going to have to deal with the ugliness that comes with it.

It’s hard to believe that someone in a competing company wouldn’t want to take this news and run with it right, especially since that’s exactly what Zane did to Kelsey. The worst part is that he actually lured her into bed and kept her mind occupied while he was plotting to undermine her. It does seem like his intentions weren’t pure in the beginning but after all of it, he’s feeling guilty. Still, I would never give him the time of day again, hot bod be gone.

For now, we’re left with quite the cliffhanger. Charles was left standing there vulnerable as all hell, Liza was speechless and Diana and the rest of the company had no idea what they just walked into while singing happy birthday. Seriously, timing people. However, with the way Liza’s life has been going, things could not have turned out a different way. And maybe this will finally be the step that brings them together. And if so, how will they keep it a secret from their colleagues? After all, sleeping with the boss while you’re in an entry-level position is frowned upon as is being a boss who is crushing on the younger employee. That’s what makes it so alluring though – Liza’s attracted to the taboo. First a much younger man, now her sexy older boss. Or will they just sweep this angst and sexual tension under the rug for another rainy day. Pursuing this relationship could cost them both a lot and deep down, it’s what’s been holding them back. 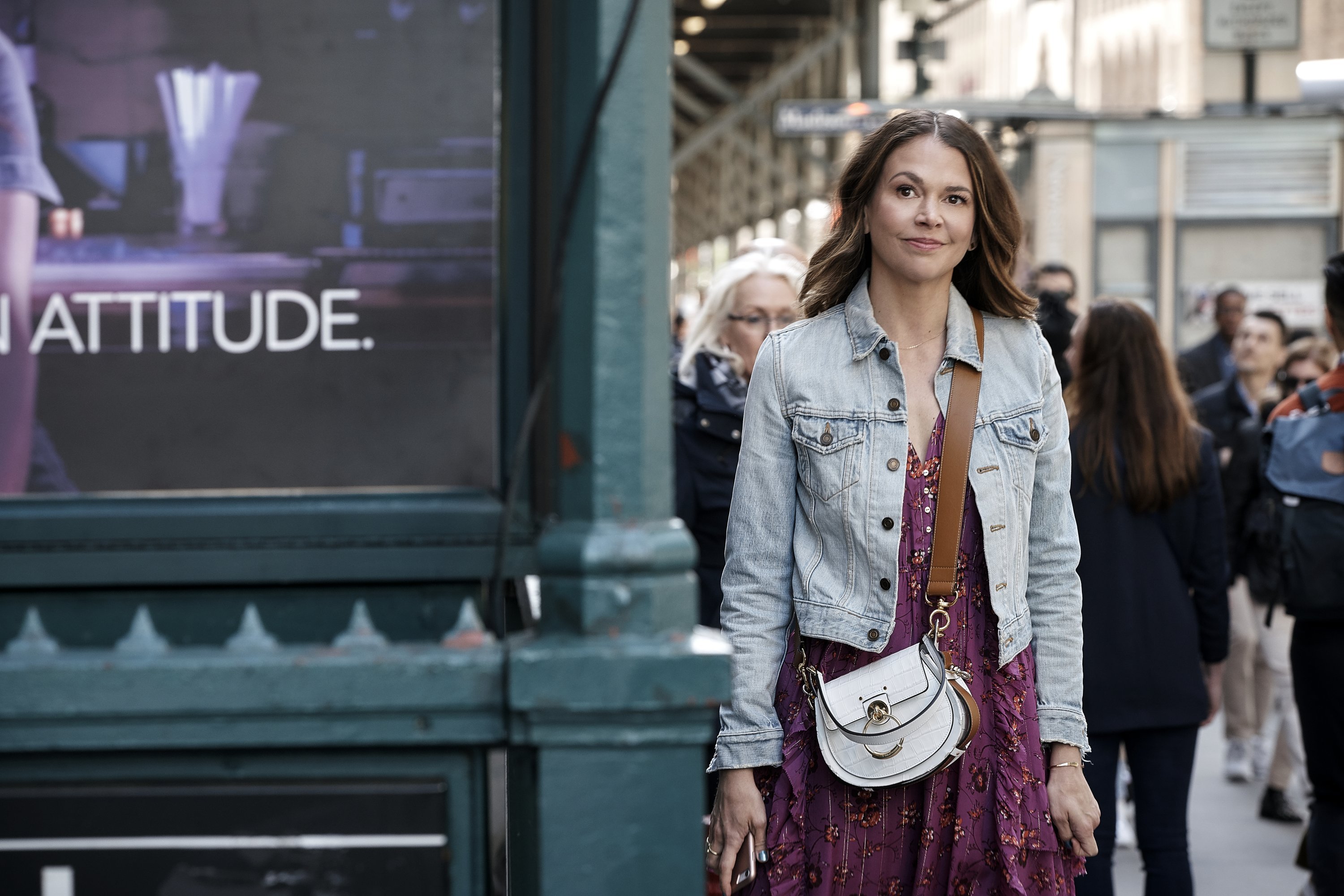 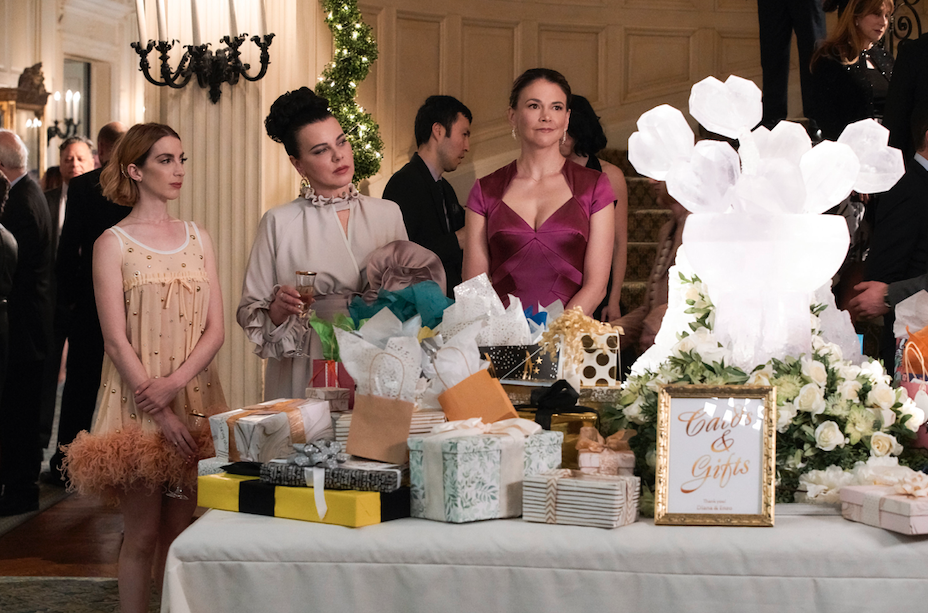 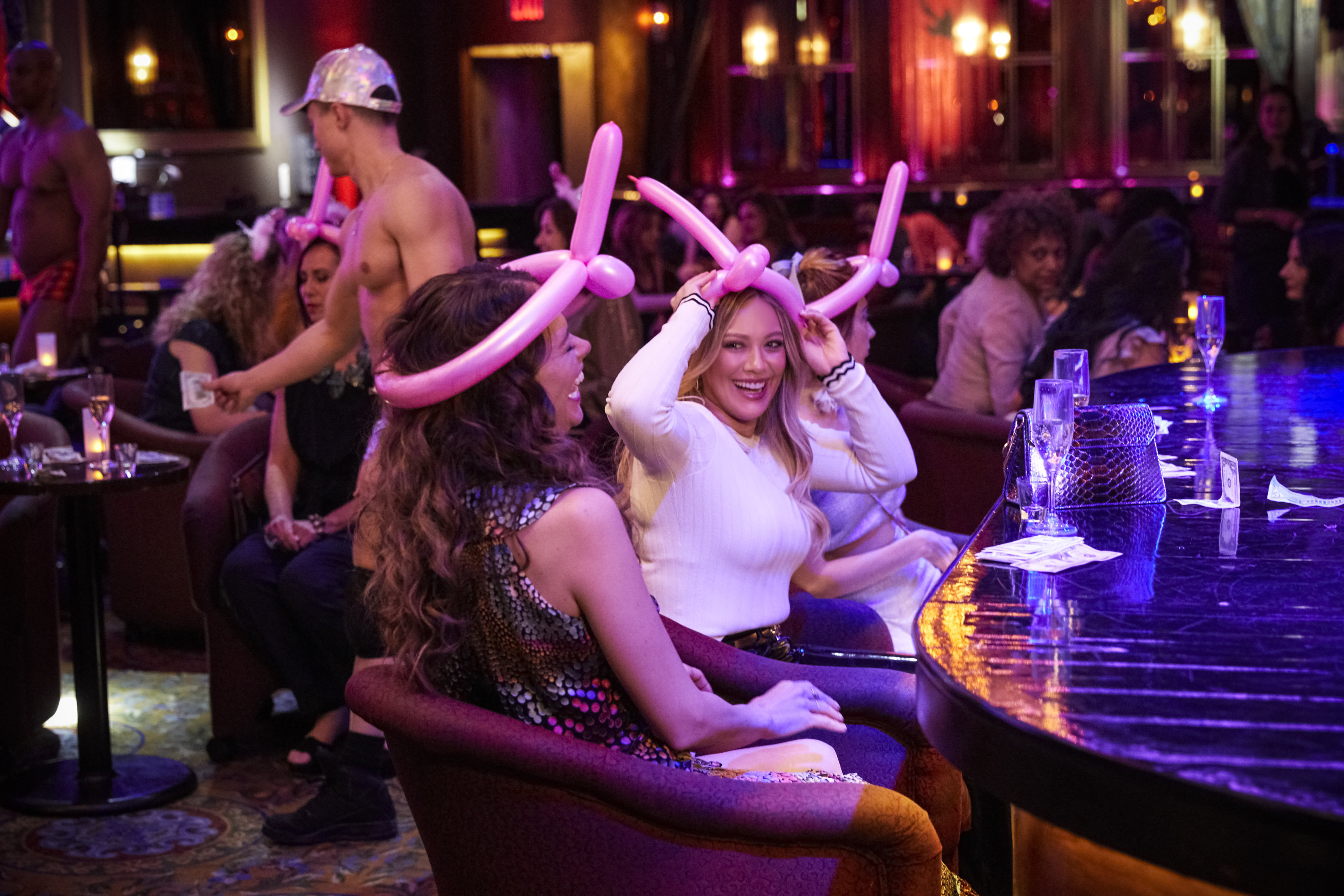