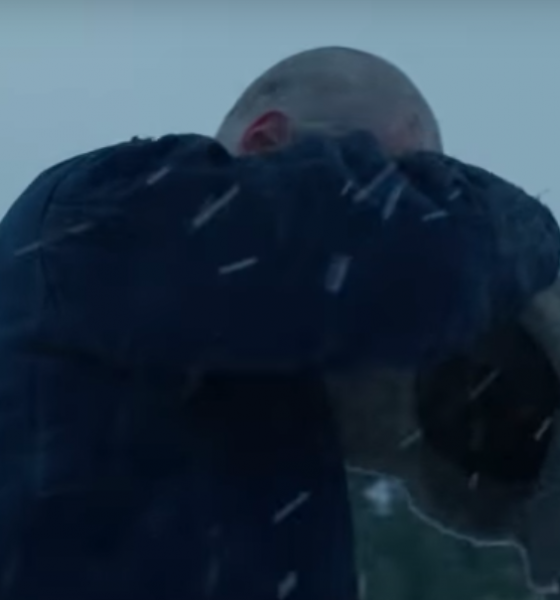 Netflix gave fans of a glimpse into the show’s upcoming fourth season with a trailer that revealed one fan-favorite’s survival.

Yep, all of you fans hoping and praying that Hopper would be alive following the events of season 3 got your wish.

The trailer doesn’t give much away about what’s happening in Hawkins, Indiana, but we do get a glimpse of the rugged conditions in Russia as men work on the railroad in the dead of winter.

In the final moments, it’s revealed Chief Jim Hopper (David Harbour) is alive and did not perish in an extradimensional portal.

He takes his hat off, reveals a shaved head, and it looks like he’s plotting his escape. Good luck with that one.

From Russia with love… pic.twitter.com/ZWEMgy63Et

Many fans held out hope for Hopper’s survival, especially since the end of the season included two Russian Soviet Union Guards talking about their prisoner “the American.”

Season 3 of the hit Netflix series found the Russian’s trying to open the portal to the Upside Down eventually revealing that they have a captive Demogorgon monster.

But despite how “obvious” Hopper’s survival may have been, it’s a weird thing to confirm in a teaser.

I mean, sure, it has the people talking and excites fans about the upcoming season, but wouldn’t you want to hold that revelation for when the full series drops? Or at least tease it without revealing his face?

Netflix is taking a different approach to marketing its series and it seems to be working, even if it does have us slightly confused.

Then again, maybe they revealed it because as many Twitter users pointed out, revealing that a popular character wasn’t killed on a popular TV show isn’t that shocking.

There’s no release date for the upcoming fourth season yet, but at least we know the season is in production and will take us to Europe.

How do you think Hopper will escape? Will he manage to contact Eleven? Will he utilize the Upside Down?

Why did they spare him?

And most importantly, if the reveal that Hopper isn’t alive isn’t that major... what else do they have planned for us?