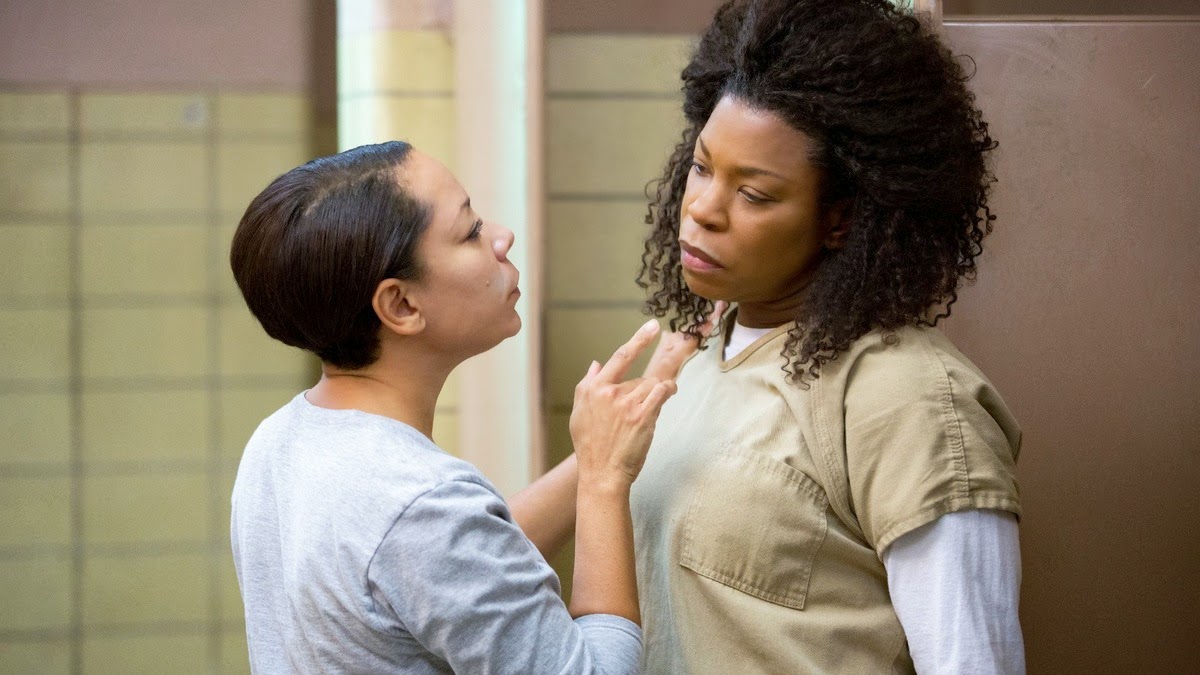 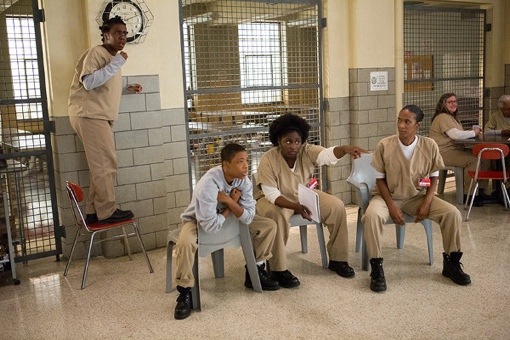 Home Sweet Home
She’s back! The shocked looks on the inmates faces when Piper returns is classic. For once Piper has some prison cred and she’s not the whiney little rich girl. But Piper isn’t the only one back at Litchfield, Vee has returned too. We quickly find that Red and Vee know each other from Vee’s prior incarceration, but are they friendly?

Climbing Up The Ladder
Leave it to Larry to use Piper’s incarceration to his benefit, especially when he and Piper aren’t even on speaking terms. What an ass. Larry meets a journalist who wants to use Piper in a story on the corrupt administration at Litchfield. Will Piper agree? And how will they pull it off?

Father Of The Year
Our favorite couple isn’t doing too well. Daya is frustrated with Bennett’s lack of provision for their child. She can’t ask for prenatal vitamins without looking suspicious, but Bennett doesn’t know any way for him to smuggle them in. …Or does he? His leg is the perfect spot to hide contraband, but will he go through with it?

Mother May I
I personally love the effect flashbacks have on an episode. We saw it last episode with Taystee and the writers did it again for some background on Crazy Eyes. Suzanne’s mother has pushed her whole life to make Suzanne normal. At Suzanne’s high school graduation, she’s forced to sing but stage fright overcomes her and she has a panic attack. We saw a prime example of Suzanne’s stage fright during the OITNB season one finale. What we didn’t see was that when Piper was beating the shit out of Doggett, Suzanne came out in full fledge rage and knocked Piper out, which made the fight look fair.

What will happen to Suzanne now that Vee has taken advantage of her disability and taken her under her wing? Keep the conversation going on Twitter @brittanydebaltz !